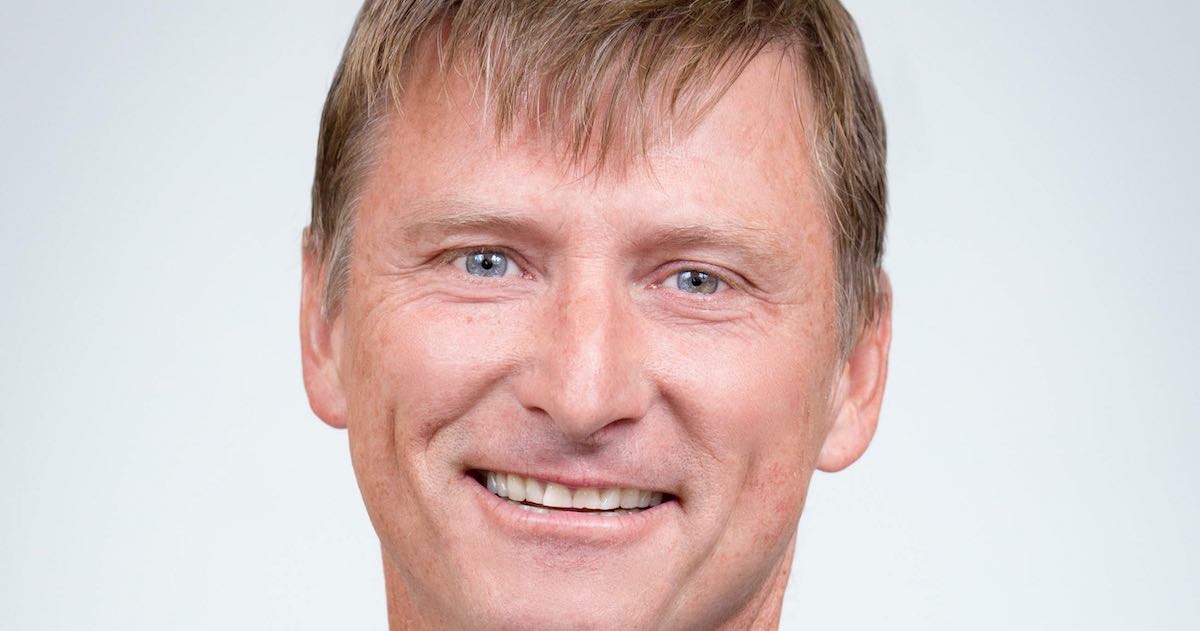 Jonathan Bush has been in digital health since the early days of the industry. He cofounded AthenaHealth long before virtual care became the norm. Earlier this year, he launched a new company, Zus, focused on medical data and interoperability, with $34 million in Series A funding. MobiHealthNews sat down with Bush recently at HLTH to talk about health data, interoperability and primary care.

This interview has been edited for length and clarity.

MobiHealthNews: I’ve been covering your work from Athena, to Firefly, to Zoom, but I’d love to get a little bit of an overview of what you’re doing at Zus and how you came to that place.

Bush: At the time of starting Athena, everybody – including me, my cofounders and [me] at Athena Women’s Health, which was the beginning of Athena – delivered care a certain way and needed technology to make that better. But all of the providers of care were providers. They weren’t “payviders.” They weren’t “techviders.” So the goal was to build better tools, convince those providers to at least use software that was internet-native and connected, so that a lot of the lead work could go away.

It was not a total success, but maybe one in five visits to the doctor happened online in the U.S. But the audience there was trying to convince doctors who were not necessarily tech-forward to do something in the right direction.

What’s exciting about now is you’ve got this – largely present in this building – cohort of about 8,000 companies that are kind of software-world believers that are “techviders,” that are provider companies or service providers, direct care, patient care, navigation, that also can build their own tech.

And we were trying hard at Athena to try to open the Athena code base to other entrepreneurs, other care modalities that would be kept forward.

Frankly, it was just really hard to redo Athenanet after so many years, and also, culturally, one claims to get paid. That’s how Athena got paid.

Suddenly here, after a couple of years off, we’ve got this enormous collection of capital, technology, talent and business models. It is completely for this new approach. And maybe there’s enough of them that there’s room for a platform to speed them all up.

Most of the companies here actively do want to share it. They’re kaleidoscopic in nature. [For example], Oshi only does irritable bowel [solutions], and Rio only does alcohol groups. … That works only if you can then get kind of [an overflight] of the other s‑‑ going on. Otherwise, you got to go back to the general store model and have one big integrated L system, one big epic stack where everybody but those are obviously less scalable, less affordable and less effective, so hopefully new companies survive by having some connected tissue.

And Zus’ basic goal is to provide accelerators to them to get going and data commonality as well.

MobiHealthNews: Interesting, because obviously 2008 was when all EHRs had to go online and arguably was a failure. I mean, I guess they’re online, but what can they learn from the interoperability issue?

Bush: It had to be electronic, but not online.

Bush: So they didn’t quite get online.

MobiHealthNews: So what can we learn from that?

Bush: We all know top-down government policy is laden with unintended adverse consequences. We know this from the great society programming, those from the civil rights bill. We have done many, many attempts at doing a good thing [that was] jammed, top-down that have squirted out unintended negative consequences with the good.

So you always want that to be the last resort. I believed at the time, and I still believe now, but we’ll never know that if they had laid off these cloud-based solutions which actually made money for doctors … and would have drawn people onto the cloud willingly, and you wouldn’t have had everybody buy these terrestrial, EHRs, that are still problematic.

Today, you have a different situation. You have no government pressure coming down to go make something happen. And you have a large number of tech-forward players who have a business case. They can actually make people money doing better care. …

I think the timing is there, and it’s really up to Zus to not f‑‑ up the execution. Zus has got four areas. We’ve got the Zus operational data store, which is basically a place that you can read and write from as a tech-forward company that has a unique attribute of … there being a single national MPI [master patient index]. So there’s one record for every American in Zus already. This means, by definition, you will see if you’re allowed other s‑‑ about the person that you may.

Second is an identity and authorization service to make sure you’re only allowed to see what the patient and others want you to see. Third is the data aggregation service, which goes out into old med and finds the s‑‑ that already exists on people’s claims, CCD files, EMR, the usual prescription feed, and newer age things like Fitbit feeds, Google location feeds, credit card feeds. …

Then the last piece, the piece that I think makes it work, is a really cool builder studio that allows engineers to build their own CRM EMR stories, that are proprietary to them, quickly, scalably and legally compliant.

MobiHealthNews: Earlier [in the conference] you talked about business models. … What do you see in terms of your business model? What are you looking at, or what do you think that other companies should be looking at?

Bush: Well, I hope [what’s] unique here is that we aren’t selling to payers, providers, employers. We are selling to those who are doing that. We are selling to the engineers who are building the tools, building the solutions that will then be the meat of digital health revolutions. So we just want to sell the computer. We just want to sell the wheels turning on the server. So we sell: How many patients did you process with EMR functionality?

Obviously Glen Tullman has been brilliant at this going to employers, saying “I’ll make you a deal where you can only make money.” By the way, he’s just selling me the same s‑‑ that’s been around for you to buy for years, but he packages it up as a solution that an HR person with a lot of stuff coming out of can lead and try. And I think there’s a lot of that going around.

Firefly, which is a company that I’m on the board of, has been doing the best direct primary care, virtual-first care and specialty care virtual-first I’ve ever seen, but waiting around for somebody to decide in a world where everyone’s given up on primary care that they need better.

Primary care was really hard once they turned around and went to employers and said, how about this? This is free, and you can have it anywhere and provide your whole healthcare. The only thing you need to know is everything you get through Firefly is free. And within twelve minutes, everything else is a $6,000 deductible. And we’ll cut your premiums by 30%.

MobiHealthNews: Primary care seems to be sort of having a moment with One Medical, and there’s a lot of primary care coming on the market. Why do you think that is? And also how can primary care [entities] differentiate themselves?

Bush: I think the highest and best use of primary care is to earn the right to navigate, earn the right to quarterback care. There’s a lot of constraints on that. It means you’ve got to have the bandwidth and the connectivity to follow care. A quarterback can’t throw the ball and not know where everyone is downfield. You got to see where everybody is. … To me, people who can do that best win. At this latest wave of primary care, people who are like sitting in an office, hoping to get a bunch of low-level procedure claims, perhaps mere claim and a colonoscopy.

But what’s really interesting is if you could figure out a business model where you didn’t need to be the troll under the bridge trying to grab this or that procedure, but you could actually be paid to just observe it all from above and evaluate and interpret and navigate all of it. That’s to me, what these companies who win will do very well.

MobiHealthNews: Gen Z’ers and Millennials don’t have a primary care doctor in the same way. Do you think that will change the industry?

Bush: People who still say primary care and expect that sort of holier-than-thou person who comes in from work every year to get birth control and a pap smear, I think they’re going to lose.

I think someone who’s saying, don’t worry about primary care. This is care. This is any care. Firefly, care by Firefly, whatever you need. If I need to grab someone from Dana Farber along this chat, I’m going to grab [them]. You don’t have to go anywhere.

Decide if it’s a referral. Just go to grab it. That model eliminates the notion of visits, claims and primary care. It’s more of a feed than a series of events. And I see that as now possible, both from a business model and a technology perspective.