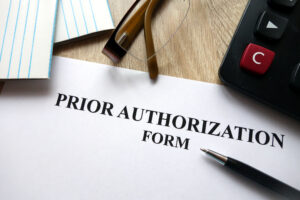 Several senior healthcare advocates are coming out in support of the House of Representatives’ Wednesday decision to pass a prior authorization reformation bill for Medicare Advantage plans.

The bill, HR 3173, establishes three requirements: Medicare Advantage (MA) plans must create an electronic prior authorization program that meets certain standards, such as provide real-time decisions for requests on routine services; publish prior authorization information each year, including the percentage of approved requests and the average response time; and meet quality and timeliness standards of the Centers for Medicare & Medicaid Services for prior authorization.

The prior authorization process determines if a payer will cover a healthcare service. It has been deemed by many as a time-consuming roadblock to accessing care. Almost all MA enrollees, or 99%, are in plans that require prior authorization for some services, a recent report by the Kaiser Family Foundation found.

Changing the process is supported on both sides of the aisle: the bill was sponsored by Reps. Suzan DelBene (D-WA), Mike Kelly (R-PA), Ami Bera (D-CA) and Larry Bucshon (R-IN).

“The Improving Seniors’ Timely Access to Care Act is commonsense, bipartisan legislation to further raise the bar of care delivery in Medicare Advantage – where seniors already experience a 94% satisfaction rate, nearly $2,000 in annual consumer savings, added benefits, and improved health outcomes, just to name a few. By turning this legislation into law, Medicare Advantage will be even stronger for current and future enrollees,” said Mary Beth Donahue, BMA President and CEO, in a statement.

The American Hospital Association (AHA), a hospital advocacy group, also supported the bill. AHA is a long-time supporter of reforming prior authorization, recently publishing a scathing report that argued that commercial insurers’ use of the process burdens providers and delays patient care. It cited a 2021 American Medical Association survey of more than 1,000 physicians, which found 88% of physicians describe the burden associated with prior authorization as high or extremely high.

“This legislation takes important steps to reduce the burden and complexity of prior authorization requirements imposed by Medicare Advantage plans,” said Stacey Hughes, AHA executive vice president, in a statement. “These provisions will help Medicare patients access the care they need in a timely manner while reducing the strain on our already taxed health care workforce. The AHA is encouraged by Senate support on companion legislation and urges them to take action on these critical protections.”

The lobby group representing America’s insurance industry neither criticized nor celebrated the bill’s passage in the House.

“Doctors and clinicians provide important care and life-saving treatment – and they agree that we all need to work together to avoid care that is inappropriate, unnecessary, and more costly,” said David Allen, a spokesperson for America’s Health Insurance Plans (AHIP), in a statement. “Prior authorization is an important solution that ensures the care patients receive through Medicare Advantage coverage is safe, effective, proven, and affordable. And Medicare Advantage delivers just that. Protecting the value of MA is essential as we work together to further improve prior authorization processes. We look forward to engaging further on this issue as the bill now advances to the Senate.”

While AHIP considers prior authorization as a way to reduce costs and avoid unnecessary care, the process still needs improvements, declared Dr. A. Mark Fendrick, director of the University of Michigan’s Center for Value-based Insurance Design.

“With studies showing that up to one-quarter of all health care expenditures are wasted on services with no benefit to the patient, we need a robust, next-generation prior authorization program to deter low-value, and even harmful, care while protecting access to needed treatment and effective therapies,” Fendrick said in a statement. “But we need not accept a false choice between securing prior authorization’s core function and modernizing its process. The Improving Seniors’ Timely Access to Care Act leverages the latest technology to ensure real-time decision making and a 21st-century prior authorization system that benefits patients and providers alike.”

The bill now goes to the Senate for determinations. If it is passed there, it requires President Joe Biden’s signature to be signed into law.