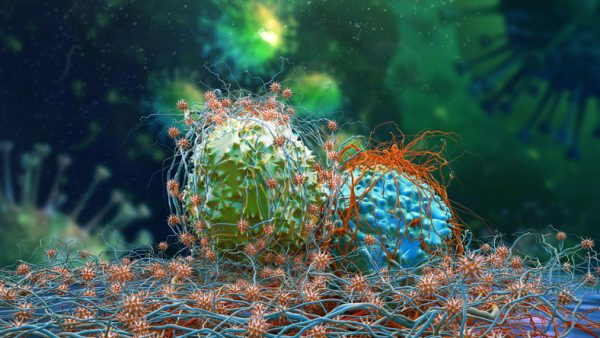 Cancer death rates are coming down for adults and children, and the declines are steepest in some of the most commonly diagnosed types of cancers. However, pancreatic cancer stands out as one of the few cancer types whose incidence and death rates are on the rise.

The findings come from the Annual Report to the Nation on the Status of Cancer, a document compiled by the National Cancer Institute, the Centers for Disease Control and Prevention, the American Cancer Society, and the North American Association of Central Cancer Registries. Those entities have collaborated on the annual report since 1998. The most recent data for this year’s report are from 2019; the findings are based data from before the COVID-19 pandemic. The report was published in the journal Cancer.

Non-treatment variables that may contribute to the declines in lung cancer deaths include improved access to care following the expansion of Medicaid to a broader group of low-income adults starting in 2014, the report said. Another factor is the increase in screening, which in turn leads to earlier diagnosis. Despite this progress, the report notes that lung cancer remains the most common cause of cancer death across racial and ethnic groups and the more than 30 million adults who smoke cigarettes.

In adolescents and young adults, defined as ages 15 to 39, the report states cancer incidence rates increased by less than 1% per year from 2014 to 2018. The most common type of cancer in this age group was female breast cancer; next was thyroid cancer.

In some cancers, the death rates are climbing. In men, the report shows an increase in death rates for cancers of the pancreas, brain, and bones and joints. In women, death rates are increasing for cancers of the pancreas and uterus. Pancreatic cancer accounts for just 3% of new cancer diagnoses. Despite the rareness of this type of cancer, it leads to 8% of cancer deaths, making it the fourth-leading cause of cancer deaths for males and females, the report said.

Racial disparities persist for some types of cancer. While the incidence rates for bladder cancer declined in Whites, Blacks, Asian/Pacific Islanders, and Hispanics, the report found rates increased in American Indian and Alaska Native people. The incidence of uterine cancer was similar in Black and White women, but the death rates from this type of cancer are nearly twice as high in Black women. For breast cancer, the death rate for Blacks is 40% higher than it is for Whites.

“The highest breast cancer death rates seen among Black females are partially caused by the significant barriers to providing access to timely, high-quality medical care, which require addressing multiple dimensions of disparity across the continuum of cancer care,” the report said.