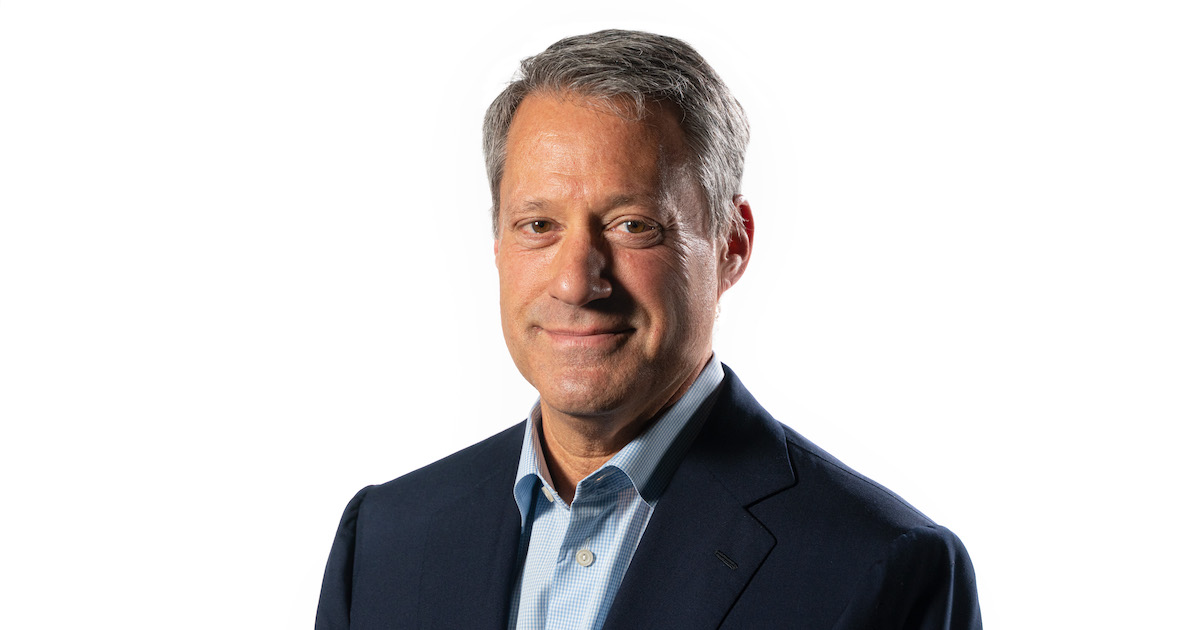 Publicly traded global medical device company Penumbra expanded its portfolio to include virtual reality offerings through its REAL Immersive System in 2019. The system is designed to help clinicians address the individual needs of patients in a rehabilitation setting.

The company then expanded its VR offerings with the REAL i-Series in 2021, bringing immersive, gaze-based experiences to care providers and mental health professionals. Earlier this year, it released its y-Series, focusing on physical and cognitive rehabilitation.

MobiHealthNews: Why did you decide to expand and go into the VR realm?

Adam Elsesser: That’s relatively straightforward. We have never viewed ourselves at Penumbra the way other people like to categorize us. We started out as a stroke company – then, when we went into the peripheral side, you know, the rest of the body. It was, “Well, hold on. I thought you were a stroke company.” We’ve never limited ourselves to that type of thinking. We see it as a simple thing. If there are people who are suffering from some form of whatever the condition might be and we think we can create a solution, that’s sort of our mandate. We happened to start with stroke. It was something we understood relatively well and thought we had a solution. We moved into the rest of the body for the same exact reason.

We’re not a technology company. We’re not particularly enamored with the idea of VR outside of this use. It’s really, though, a unique tool for helping people suffering from a pretty wide range of conditions.

MHN: You said it treats different conditions. What conditions does the REAL System treat?

Elsesser: We initially focused on rehabilitation coming from a stroke, which we knew quite well. [We] understood the way the brain interacts after a stroke, what neuroplasticity is, and how you could help encourage and benefit from neuroplasticity with a tool of VR. We then understood that to mean it could do lots of different things beyond that particular use case, into other forms of physical rehabilitation – where you’re, in fact, encouraging movement that is otherwise hard or not fun or unpleasant – and into more pure mental health areas, like stress reduction.

MHN: Can you tell me how the REAL System works?

Elsesser: It’s using the tool of virtual reality – the idea that you put a headset on and are, in effect, transported to a different place. We have different versions, depending on the medical condition.

So, we have the y-Series, which is the ability to see and track your body in that experience. That is particularly designed for things in the rehabilitation field, but it will be expanded to other applications where seeing your own body allows you to be more engaged and potentially have a deeper ability to interact with whatever that experience is, but particularly, if you need to know how movement is going. Are you moving your hand up? At what angle? What kind of rotation? You can measure all of that really accurately with our sensors, which are proprietary. They’re not optic-based. They’re not the typical sort of things you see in the everyday commercial headsets that are available.

And then, we have a headset alone without any sensors, or without any even hand controllers. It’s all based on gaze so that people in other settings, who might even have restricted movement on their hands or their grip isn’t there, don’t need to think that way. They can just control it with their head. And that’s typically, we call it the i-Series, for more mental health applications.

MHN: How do these systems help therapists perform their work?

Elsesser: Let’s say you had a stroke and you lost mobility or partial mobility on the right side of your body. Let’s just focus on your right arm, for example. In order to start to regain movement on the right side of your body, we do rehab. Rehab is simply repetitive motion over and over again, as much as you can to try to retrain the brain. The reason you can’t move your arm after a stroke is that the brain tissue that governs that movement is no longer viable. The stroke knocked it out, if you will. So the fundamental principle of neuroplasticity is you can put that function somewhere else. You can retrain another part of the brain to do that function, but it’s hard work and not everyone can do it. It’s extraordinarily tedious. And doing it in virtual reality is easier because of the function. You can trick the brain faster.

The therapist controls the rehab session. So there’s a tablet that comes with it. And that tablet has two parts to it. One is that all of the exercises are controlled by the therapist. They pick which one they use and they also control, within the exercise, what is happening. In addition, they see what you’re seeing on their tablet. So they’re very much in line and then at the end they get a report that measures all those movements, and they can look at it and see how you did compared to how you did last time and the time before. So it’s really built for the patient, but it’s also built very much with the therapist in mind.

The key here is not to get rid of therapists. I think sometimes people think that technology is trying to replace the therapist. Therapists are amazing, and eventually, we’ll have a home version that the therapist also can control, where you can do the experience remotely. But also then, the therapist can give people homework that is controlled by them. So, it’s not like they’re just putting it on and playing, but they’re doing the exercises that therapists can look at and see the data around your movement. It’s all recorded. It’s very much a healthcare-focused tool.

Our goal here is, and I think this is really critical and it’s probably obvious from what I’ve already said, we don’t believe in VR or the immersive world as an end. There’s some companies – I’ll not name them [whispers Meta or Facebook] – but they believe you should live in that fake world forever, because then you’ll spend money and make money, and they’ll control everything you do. That’s weird. I won’t do it. I don’t think most people are going to do it. That’s not the goal. Our goal is to get you better as fast as possible to live in the real world. And that’s why we named the product the REAL System, because the goal is to live in the real world and use this solely as a therapeutic tool to get back to the real world. And it’s really important that we say that because I think, unfortunately, the power of this technology has been conflated a bit with all this other nonsense, and I think it’s important to make that really important differentiated point.