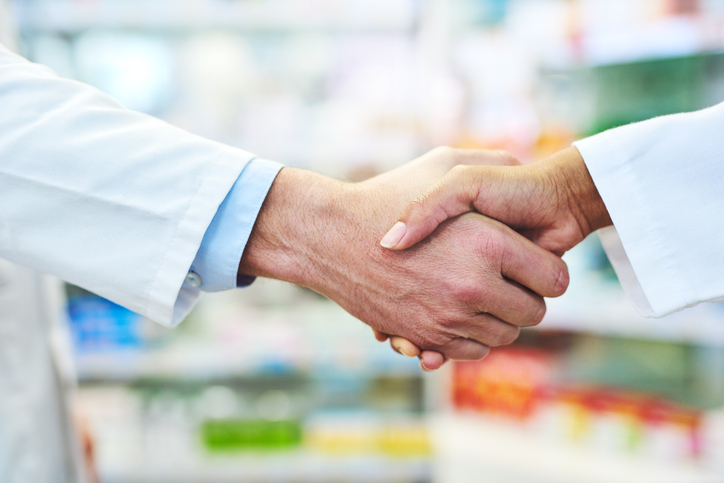 A new drug company emerged from stealth on Thursday.

Photys Therapeutics debuted with a $75 million Series A funding round led by MPM Capital. The Boston-based company was founded last year by Longwood Fund — a venture capital firm that creates and invests in science-based startups — along with Brigham and Women’s Hospital researcher Amit Choudhary and the Broad Institute of MIT and Harvard.

The startup focuses on phosphorylation-inducing chimeric small molecules (PHICS). These are a new class of bifunctional medicines that can direct and repair protein phosphorylation — which is one of the most common post-translational protein modifications and is key to the regulation of most aspects of cell function.

“{PHICS} can bring two proteins that normally don’t interact with each other into proximity,” Lizzie Ngo, principal at Longwood Fund, said in an interview. “And by doing so, the molecules can induce degradation of a target protein that is relevant to a disease.”

Photys’ targeted phosphorylation approach is modeled off of research conducted by Choudhary, who serves on the company’s scientific advisory board. This approach allows the startup to discover a new set of protein targets, according to Edward Holson, co-founder and chief scientific officer.

He said that while the pharmaceutical industry has historically been focused on the degradation of proteins, Photys is working to widen the array of modifications that can be applied to protein function. Because of this, the startup claims it has no direct competitors.

“In the last 50 years, pharmaceutical companies have focused primarily on how to turn kinases off,” Holson said. “Now, we can harness the inherent biology of these molecules to control function and turn on other things. So it’s like a whole other layer. We’re kind of co-opting the function of kinases in a way that people haven’t been able to do before.”

By expanding the functionality of PHICS, Photys is seeking to recruit kinases and induce phosphorylation. It’s important to remember that phosphorylation is a critical post-translational modification that is ubiquitous in the human body and plays a crucial role in cell function, Holson pointed out. Phosphorylation controls many protein functions, such as activation, stabilization, localization, trafficking, degradation and inactivation, he said.

PHICS can direct and repair protein phosphorylation to treat a range of diseases, such as cancer, immune, metabolic and rare diseases. Photys’ goal is to develop PHICS-based therapies to treat these diseases, and Holson said the company’s research is “early and promising.”

Photys, which has about 30 employees, will use the funds to further its research and development with the hopes of soon generating product candidates.