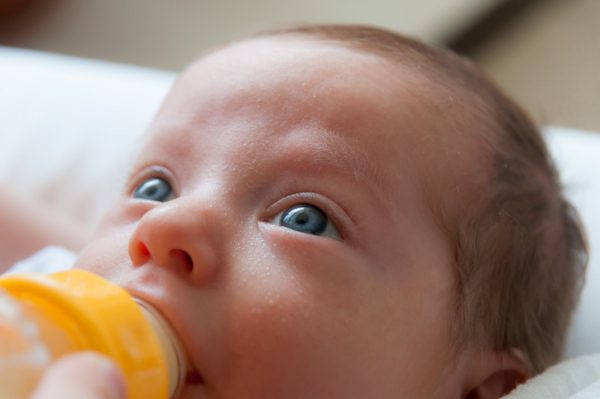 Pfizer is one step closer to a successful vaccine that prevents severe respiratory syncytial virus infection in infants—infection that can become deadly in young and developing lungs. The pharmaceutical giant reported Tuesday that its vaccine candidate met a key goal in a pivotal study, paving the way for plans to seek regulatory approvals by the end of this year.

The Pfizer RSV vaccine, called RSVpreF, is based on a prefusion form of RSV F, a protein that the virus uses to enter cells. Using a stabilized version of that protein, the vaccine is intended to elicit antibodies that confer protection. For infants, the vaccine works through a practice called maternal immunization. The vaccine is administered to a healthy mother during pregnancy. Antibodies produced by the mother’s immune system pass through the placenta to reach the baby. Following birth, those antibodies provide temporary protection while the infant’s immune system matures. This time is key for an RSV vaccine because the first six months of life are when infants are most vulnerable to RSV infection.

The double-blind Phase 3 study enrolled about 7,400 pregnant participants in 18 countries. Those participants were randomly assigned to receive a single dose of the RSV vaccine or a placebo, then followed for six months after delivery. Follow-up in infants continued for at least one year to assess the safety and efficacy of the vaccine.

According to Pfizer, an independent interim analysis of the trial data found that through the infant’s first three months of life, the observed efficacy against severe medically attended lower respiratory tract illness was 81.8%. At the six-month follow-up mark, Pfizer reported “substantial efficacy” of 69.4%, which was enough to meet one of the main goals of the study.

The study did not achieve a secondary goal of assessing efficacy against all causes of medically attended lower respiratory tract illness. On that measure, Pfizer reported “clinically meaningful efficacy” of 57.1% from birth through the first three months of life. At six months, that efficacy measure was 51.3%. The pre-planned safety reviews conducted regularly throughout the study indicate the vaccine is well-tolerated with no safety concerns for both the vaccinated mothers and their newborns.

Pfizer said that it has stopped enrollment in the study at the recommendation of the independent data monitoring committee and in consultation with the FDA. Based on these positive results, the company said it plans to submit a biologics license application with the FDA by the end of this year, followed by applications with other agencies in the coming months. Pfizer said it also plans to submit the clinical trial results data for peer-review in a scientific journal.

The RSV vaccine results in infants come two months after Pfizer reported efficacy results for RSVpreF in adults age 60 and older. Based on those efficacy results, the pharma company said it planned to seek regulatory approval in this patient population in the fall. GSK is among the other companies developing an RSV vaccine for older adults. Last month, the British pharmaceutical giant reported positive Phase 3 data for that vaccine candidate, RSVPref3.