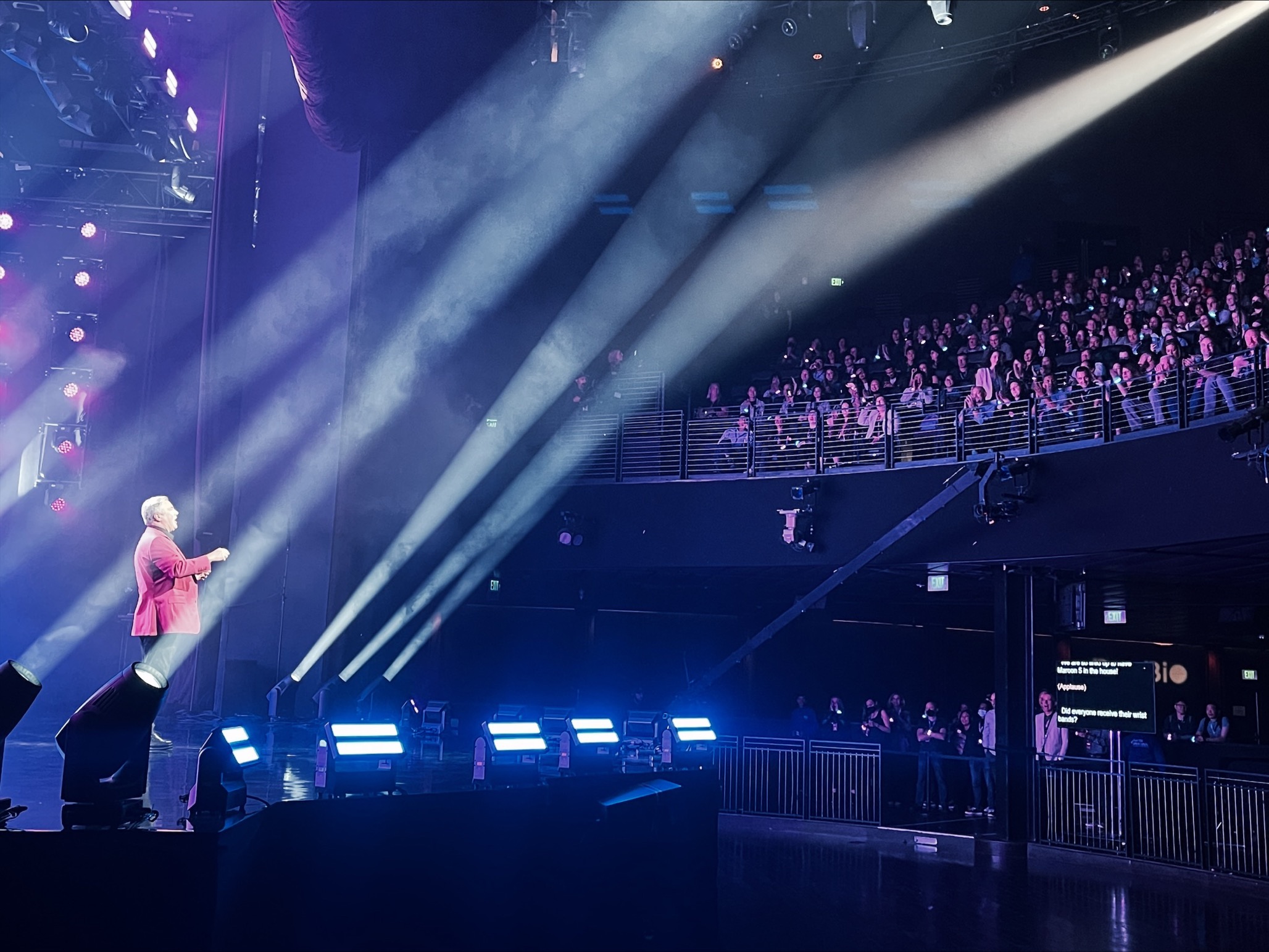 PacBio CEO Christian Henry speaks on day one of the in-person meeting of American Society of Human Genetics, the first in-person since 2019

“With this technology, we become the only company with both long and short-read platforms,” said Christian Henry, PacBio’s president and CEO, at the event. “We believe that these differentiated platforms will let us focus on helping our customers answer their questions rather than forcing them to choose a technology to fit their problem.” 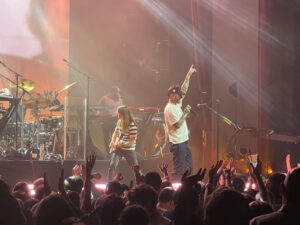 Held in the aptly named The Novo concert venue in downtown Los Angeles, the event resembled a rock concert as much as a product announcement. Attendee wristbands glowed orange and purple in unison with the stage lights and an array of glowing balls that moved up and down from the ceiling. And a pop rock band’s performance added to that ambience.

For years, PacBio has staked out a small but important market in long-read sequencing (more than 10,000 base pairs). While short-reads (around 150 base pairs) are considered more accurate and less costly, long-reads can provide more information. When researchers sequenced the first complete reference genome, earlier this year, they used PacBio and Oxford Nanopore long-read sequencers.

With Onso, PacBio appears to be going toe-to-toe with Illumina, which has long dominated the short-read market. Onso uses sequencing by binding technology (SBB), which PacBio believes may be more accurate than existing approaches.

“We believe the differentiated accuracy and workflow will allow scientists to process many more samples with the same output as other on-market, short-read sequencing platforms,” said Mark Van Oene, PacBio’s CFO, in a press release. “The Onso Sequencing System is expected to bring a new standard of data quality and efficiency that allows for better interrogation of the genome without over-sequencing and complicated error correction methods.”

PacBio plans to start shipping Onso in the first half of 2023. The system is currently being beta tested at The Broad Institute of MIT and Harvard, Corteva Agriscience and Weill Cornell Medicine.

With Revio, PacBio builds on its existing long-read expertise while trying to close the cost and throughput gaps compared to short-reads. PacBio touts that Revio should sequence as many as 1,300 human whole genomes a year, at 30-fold coverage, for less than $1,000 per genome.

“We’ve designed an entirely new SMRT Cell with three-fold higher density than our existing SMRT Cell 8M, resulting in 25 million ZMWs (zero-mode waveguides),” said Henry. “Revio will run up to four SMRT Cells in parallel, which provides up to 100 million ZMWs for sequencing single molecules simultaneously. Combined with significant advances in our computing, Revio will deliver shorter run times and a 15-fold increase in HiFi data.”

Following the presentation, the actual concert began with Maroon 5 taking the stage to perform a frenetic set of their most popular tunes. Gen Xers rocked on their heels and marveled that they recognized so many of the songs. Millennials sang every word and danced.