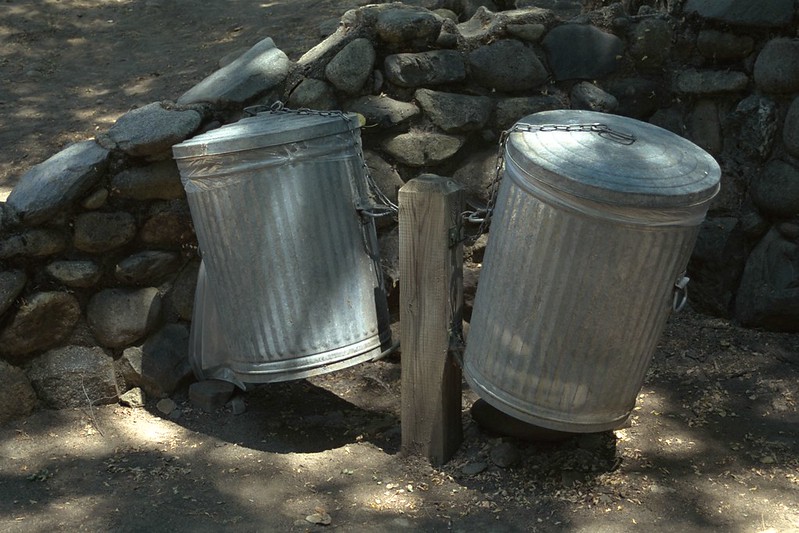 When proteins in the body are old or damaged, cells have a way to deal with them. A molecular tag affixed to these proteins marks them for removal by the cell’s built-in disposal system. The problem is that sometimes important proteins are tagged, sending them to this trash bin. The resulting low levels of key proteins can cause disease.

Removing the molecular tag seems like a straightforward way to spare important proteins from disposal, but it’s easier said than done. A research collaboration between Novartis and the University of California, Berkeley, has found a way to do it, leading to the formation of a new company, Vicinitas Therapeutics. The startup launched this past week backed by a $65 million Series A round of funding.

The partnership between Novartis and Berkeley started in 2017, aiming to find ways to hit disease targets deemed “undruggable.” The lab of Daniel Nomura, founder of Vicinitas and a Berkeley professor of chemical biology, focuses on chemoproteomics, which is the analysis of the interactions of proteins and small molecules. The lab is developing molecules capable of drugging the some 90% of human proteins considered undruggable.

Some of the Novartis-Berkeley research explored bifunctional molecules that can bind to disease-causing proteins and get them to the cell’s disposal system. This approach is called targeted protein degradation. It’s an emerging area of drug research that has also become crowded. A growing field of biotechs has raised hundreds of millions of dollars to develop such drugs; some of them are now working in partnership with large pharmaceutical companies. Nomura said the Novartis-Berkeley research spanned multiple modalities and the one that the partners decided to pursue for Vicinitas is essentially the opposite of targeted protein degradation.

“We want to stabilize and restore those proteins,” he said.

Tags can be inappropriately placed on important proteins for a variety of reasons, such as genetic mutations or the upregulation of the enzymes that catalyze the transfer of the tags to the proteins, Nomura said. In a Vicinitas small molecule, the part that targets the desired protein is linked to deubiquitinase, a different enzyme that removes the ubiquitin tag. Nomura said the challenge has been developing small molecules that don’t inhibit deubiquitinase. The Novartis-Berkeley alliance developed technology that identifies protein binders that allow this enzyme to do its de-tagging work. The technology is called deubiquitinase-targeting chimeras, or DUBTAC.

Nomura’s team showed how DUBTAC can stabilize key proteins in cystic fibrosis and cancer. In cystic fibrosis, genetic mutations lead to the degradation of the CTFR proteins needed to maintain the balance of salt and water on lung surfaces. The Berkeley scientists developed a DUBTAC molecule that was able to stabilize CFTR protein levels, improving the function of human cystic fibrosis bronchial cells. The inappropriate tagging and degrading of tumor suppressor proteins can also lead to cancers. The Berkeley scientists also showed that DUBTACS can stabilize a tumor suppressor protein in liver cancer cells.

Publication of the Novartis-Berkeley research in the journal Nature Chemical Biotechnology in February sparked investor interest. Vicinitas’s Series A financing was co-led by Andreessen Horowitz and Deerfield Management. Other participants include Droia Ventures, GV, The Mark Foundation for Cancer Research, and the Berkeley Catalyst Fund. The startup will use the cash to build up its drug pipeline, enabling the new company to work on multiple programs concurrently, Nomura said. He said the company is still identifying disease targets, but the initial research will look at cancer and genetic diseases.

Vicinitas is not the only startup pursuing targeted protein stabilization as a way of treating disease. Stablix Therapeutics is also developing such drugs with technology from Columbia University. Last summer, the New York City-based startup unveiled a $63 million Series A round of financing.

Nomura has prior experience turning his research into a new company. He co-founded Frontier Medicines, a startup that is developing drugs that address undruggable or difficult-to-drug targets. In a partnership with AbbVie, the South San Francisco-based biotech is developing targeted protein degradation drugs for potential applications in cancer and immunology.

With Vicinitas now launched, Novartis and Berkeley are extending their partnership with the goal of finding additional ways to go after undruggable targets. Nomura will be part of that work. Though he will serve on Vincinitas’s scientific advisory board, Nomura said he will keep his position at Berkeley and continue his research there. Vicinitas is now looking for a CEO to lead the company.

Here’s a look at some other recent biotech company financings:

—About 15 months after emerging from stealth with technology that brings artificial intelligence to single-cell analysis of the cells of cancer patients, Seattle-based Ozette has closed a $26 million Series A round of financing. The startup plans to use the new cash to further expand the company. Ozette’s co-founder and CEO Ali Ansari spoke with MedCity News last year, explaining how the startup’s AI technology has potential applications in cancer treatment.

—Replay, a genome writing company with technology that could overcome the capacity limitations of the engineered viruses used to deliver genetic medicines, launched with $55 million in seed financing. The San Diego-based company’s business model involves forming subsidiaries around specific areas of disease research. The company has already formed such “product companies” pursuing disease targets that include Duchenne muscular dystrophy and Parkinson’s.

—NEOsphere Biotechnologies, a targeted protein degradation startup, closed a Series A round of financing. Munich, Germany-based NEOsphere did not disclose the funding total or the investors in the round but said the cash will be used to expand its technology platform, which screens libraries of small molecules to find the ones with potential applications as protein degraders.

—In other chemoproteomics news, Takeda Pharmaceutical-partnered BridGene Biosciences closed a $38.5 million Series B financing. The San Jose, California-based company said it will use the new capital to continue developing its IMTAC technology, which screens small molecules against the entire complement of human proteins to find drug candidates that can address undruggable targets.

—Carmot Therapeutics closed a $160 million Series D financing. The Berkeley-based startup said it will use the cash to support clinical development of metabolic disease drugs in Phase 1 and Phase 2 testing, as well as for the development of preclinical programs.