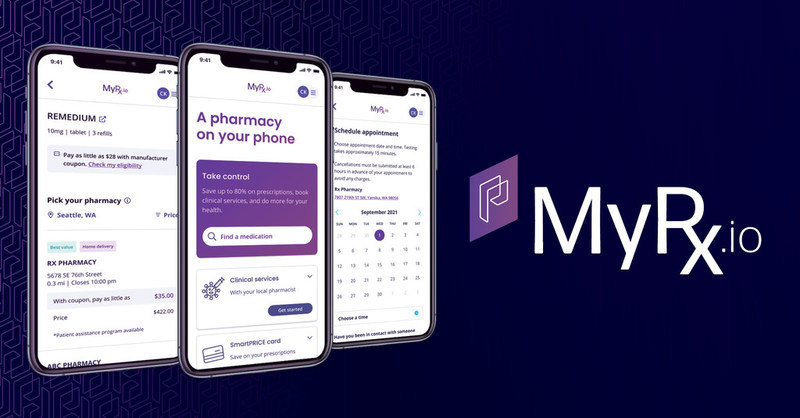 MyRx.io doesn’t require customers to download an app, but they can receive notifications about their prescriptions via text message. The platform also gives them a heads’ up about any alternative drug options they can discuss with their doctor, lets them compare cash and health plan prices, and finds manufacturer coupons.

“We go beyond to empower consumers to decide what to do next with that information. When you own your prescription, you control it. To fix the broken drug market, we must put consumers at the center of their care, and at Prescryptive, we have built solutions to do just that.”

The cost of prescription drugs is a major policy issue in the U.S. A RAND Corporation report released early this year found prescription drug prices in the U.S. are more than 2.5 times higher than those seen in 32 other countries, with brand-name drugs driving those higher costs.

About eight in ten adults surveyed by the Kaiser Family Foundation said the cost of prescription drugs was unreasonable, and about three in ten reported not taking their medications as prescribed at some point in the past year due to cost.

Another company that offers greater prescription price transparency is GoodRx, which this year has acquired RxSaver for $50 million and health education video producer HealthiNation. The company has been expanding outside of the prescription drug space, including with its online health information tool that launched in late September.

Amazon has also been involved in prescriptions, rolling out Amazon Pharmacy late last year. The service allows customers to manage their prescriptions and get them sent to their homes. It also lets them browse medications and prices. That tool came about two years after Amazon acquired virtual pharmacy PillPack.

Another digital pharmacy that touts a “smart pricing” function that helps customers find the lowest-cost drug option is GeniusRx, which launched last summer.