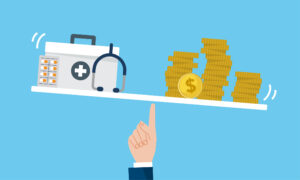 Health insurers will likely be hurt by slowing economic growth and high inflation, though only modestly, an August report by financial services company Moody’s showed.

Lagging economic growth could lead to job losses, which would make commercial enrollment drop. The report compared this phenomenon to the 2008 recession, when commercially-insured individuals accelerated their use of medical care because they were afraid of being laid off. This led to an increase in claims, raising costs for insurers.

“If economic growth continues to slow and layoffs rise, we would expect a similar increase in utilization today,” the report said. “Slowing economic growth could also impair the industry’s investment results and make it harder for insurers to raise capital.”

However, Moody’s cited two reasons for why insurers are in a better position now than they were in 2008:

Inflation may challenge health insurers, though not as much as other sectors. Because health insurance is renewed annually, insurers have more flexibility, Moody’s said. Premiums are repriced each year to factor in medical inflation, expected medical costs and utilization levels.

“If the government does not increase reimbursements enough to cover inflation, providers would seek higher commercial reimbursement to make up the difference,” Moody’s said.

When this happens, increases in commercial premiums may surpass the rate of inflation. Since small businesses with less than 50 employees are not required to provide insurance, some could drop coverage. These smaller companies account for about 25% of all workers, according to the U.S. Census Bureau.