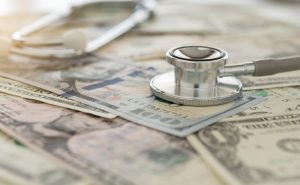 “Employer costs for this year were largely set last year, before inflation became a major economic concern and after the Covid-19 pandemic led to a temporary slowdown in utilization of health care services,” according to a KFF news release.

But inflation and the tight labor market may cause these premiums to rise in 2023, said KFF President and CEO Drew Altman in a statement.

“Employers are already concerned about what they pay for health premiums, but this could be the calm before the storm, as recent inflation suggests that larger increases are imminent,” Altman said. “Given the tight labor market and rising wages, it will be tough for employers to shift costs onto workers when costs spike.”

Other key findings from the survey include:

“Many large employers are struggling to add enough mental health and substance use providers to meet their workers’ growing needs,” said Gary Claxton, a KFF senior vice president, in the news release. “Most consider telemedicine to be an important part of the solution.”