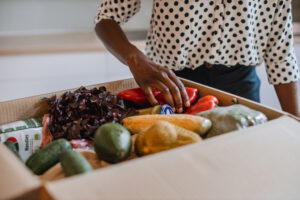 Can food be medicine? Research says yes, there is a strong link between food insecurity and health outcomes. Those who are food insecure are at higher risk of chronic diseases, increased hospitalizations, higher costs for care and mental health challenges, according to a Health Affairs report. The issue only worsened during Covid-19. About one in four households were found to be food insecure during the pandemic, the report stated.

As healthcare moves further upstream — where patients’ health is addressed before they fall sick — many health organizations are finding ways to improve people’s overall health. Seeing this link between nutrition and health outcomes, Kaiser Permanente, an integrated health delivery system, announced last week it is making a $50 million investment between 2022 and 2030 to improve food and nutrition security in the U.S.

Kaiser will bring on new partners to assist in its objective to reduce food insecurity and expand current programs, such as connecting members with government nutrition programs and shipping medically tailored meals to those in need.

The commitment is in alignment with the White House Conference on Hunger, Nutrition and Health, which occurred last week, said Pam Schwartz, executive director of community health at Kaiser, in an interview. The Biden-Harris Administration has secured $8 billion for the effort. Other healthcare organizations taking action include Blue Cross and Blue Shield of North Carolina Foundation, which is investing $3.5 million, and Novo Nordisk, which is investing $20 million, according to a fact sheet from the White House.

“We know that there’s a role for healthcare to play in being part of the solution,” Schwartz said.

Aside from food, Kaiser has made investments in addressing other social factors that contribute to ill health, including housing. The company has committed $400 million to create and preserve 30,000 housing units by 2030.

“We can’t do this alone,” Schwartz said. “It’s too big and complicated. So it’s going to take all hands on deck and also partnering in new ways. So our commitment also engaged other organizations to come to the table and roll up our sleeves together.”

Some actions it’s taking with these key areas in mind include screening members for food and nutrition security and connecting those who need help with the Supplemental Nutrition Assistance Program, as well as sending medically tailored meals to patients in need. Since 2020, Kaiser has been sending medically tailored meals to patients who have been recently discharged from hospitals with chronic conditions. As of August 2022, the organization has sent 116,000 meals to 2,100 patients, according to a news release. Last November, Kaiser also started a produce prescription program, where it started sending boxes of fruits and vegetables to some patients who are prediabetic or diabetic and on Medicaid.

“The idea of the commitment is to take [what we’ve done] and accelerate it,” Schwartz said. “So do more of those kinds of things where food is medicine.”

Other health systems addressing food insecurity include Geisinger, which also has a food prescription program called Fresh Food Farmacy, and Mass General Brigham, which is committing $8.4 million for the White House’s initiative.