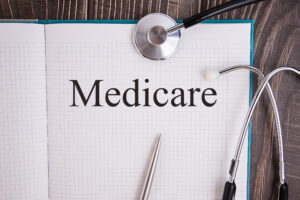 About 64 million Americans are enrolled in Medicare as of 2021, according to Centers for Medicare & Medicaid Services. But about 70% of people on Medicare don’t compare their plans during the open enrollment period, Kaiser Family Foundation found. The process is confusing and slow, making it difficult for seniors to enroll, said Dave Francis, CEO of insurance company Healthpilot.

“The way people get insurance today is stuck in 1975,” Francis said. “They either have to have somebody come to their house and sit across the kitchen table from them and offer them a small selection of plans from a small selection of insurance carriers. Or they get on the phone with somebody who’s got a high pressure sales orientation and they get a lot of information thrown at them over the phone.”

Nashville-based Healthpilot, which acts as an insurance broker and was founded in 2021, is trying to simplify that process through its AI-driven platform. Users can go on its website and put in their location, doctors, prescriptions, pharmacies and the benefits they want. Then the Healthpilot’s AI will provide the plan from the insurance carrier it believes best fits that person’s needs. Users can then enroll from the website if they are comfortable with the suggested plan. It also provides a call number if the consumer has questions and wants to talk to a person directly.

Healthpilot’s AI uses data from anonymized medical records of about 2 million patients, Francis said. It takes the customer’s information and compares it to a group of similar patients to determine what the customer’s health use will look like.

“Based on that forward-looking utilization profile of the customer — knowing who their doctors are, what drugs they take, what pharmacy they go to — allows us to go into their specific regional market and say, ‘This is the best plan for you.’”

The company also reaches out on a yearly basis to confirm if users are still in the best plan for them, Francis said.

“We’ve got all of your information so we can help you every year and reach out to you and say, ‘Hey, you’re still in the best plan for you. You don’t have to worry about anything, just renew.’ … Or ‘Hey, we see you’re seeing a new doctor or you’re taking a new drug and this Humana plan that you were in last year isn’t quite right for you now, but here’s another Humana plan that works best for you,’” Francis said.

For its services, Healthpilot then receives a commission from the insurance companies that its users enroll in. The first year somebody signs up, the startup receives about $500 in commission and then $250 to $300 each year the customer renews the plan, Francis said. The consumers don’t have to pay for Healthpilot’s services.

To help make customers aware of its company, Healthpilot works with financial advisory firms like UBS, BlackRock and Charles Schwab. These firms send an email link to their retiree clients and refer them to Healthpilot’s website. In return, the company tells the financial advisor what Medicare plan the client chose so it can be included in their financial plan. Healthpilot has worked with about 20,000 retirees through this process, Francis said.

Other insurance broker companies include GoHealth, SelectQuote and AmeriLife. But Francis said Healthpilot differentiates itself from traditional brokers by digitizing the process and using an AI-platform to compare plans.

Francis added the company hopes to move beyond insurance in the future, such as helping consumers with annual wellness checks, medications and nutrition.

“Ultimately, [wellness] starts with health insurance, but there are a lot more things as we’ve established that relationship with the customer, we can communicate with them and engage with them,” he said.