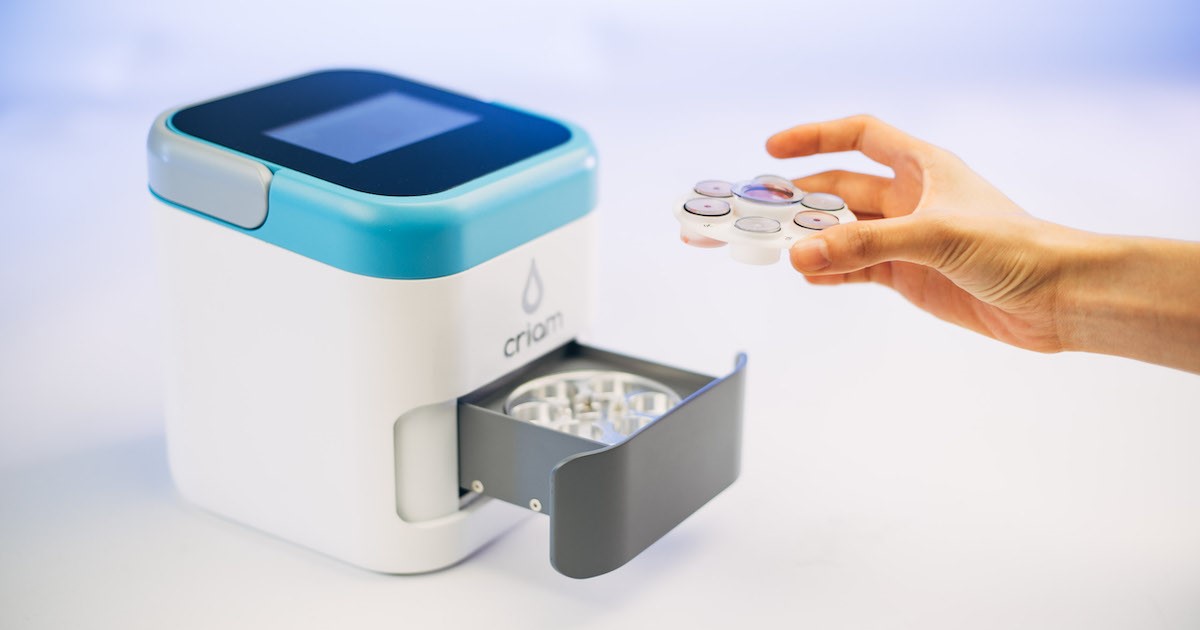 The firm today announced it had closed a $1 million (€887,830) seed round led by SOSV, Artesian and the Portugal-based Social Impact Fund. Plus, it received a $1.12 million (€1 million) non-dilutive grant from the European Union’s European Innovation Council (EIC).

CRIAM is a portable in vitro diagnostic company providing rapid analysis for blood-type, sub-type, diseases and nutrients. The device can be used in multiple scenarios, such as inside a moving emergency vehicle or at locations without internet or power.

The need to test blood type before a blood transfusion can lead to rushing patients to hospital for testing or using limited O negative stock. CRIAM has developed a solution for testing blood type in minutes.

The company has already performed successful clinical trials with Hospital Corporation of America (HCA) in the US, Hospital Santa Maria and Hospital de Braga in Portugal, and Birmingham Bio-Hub in the UK. It expects to obtain regulatory approval for its device in early 2023.

The funding will be used to further the development of CRIAM’s point-of-care blood typing and diseases diagnostic technology.

The NHS recently announced it is launching the world’s largest trial of a blood test that can test for 50 types of cancer before symptoms appear. The Galleri test developed by health tech firm GRAIL, works by finding chemical changes in fragments of genetic code-cell-free DNA (cfDNA) that leak from tumours into the bloodstream.

Sight OLO has also been deployed at the John Radcliffe Hospital, Oxford University Hospitals NHS FT to allow full blood count testing for patients attending the emergency departments and support the validation of an AI triage system for COVID-19.

In 2018, blood testing firm Theranos was prosecuted for raising $700 million from investors through fraudulently claiming it had successfully developed a commercially-ready portable blood analyser that could perform a full range of laboratory tests from a small sample of blood.

Cyril Ebersweiler, general partner at SOSV and founder of SOSV’s HAX Hard Tech programme, said: “CRIAM’s solution is a game-changer for critical situations, and shows strong potential for the detection of various diseases and pandemics, which could unlock yet another gigantic market.”