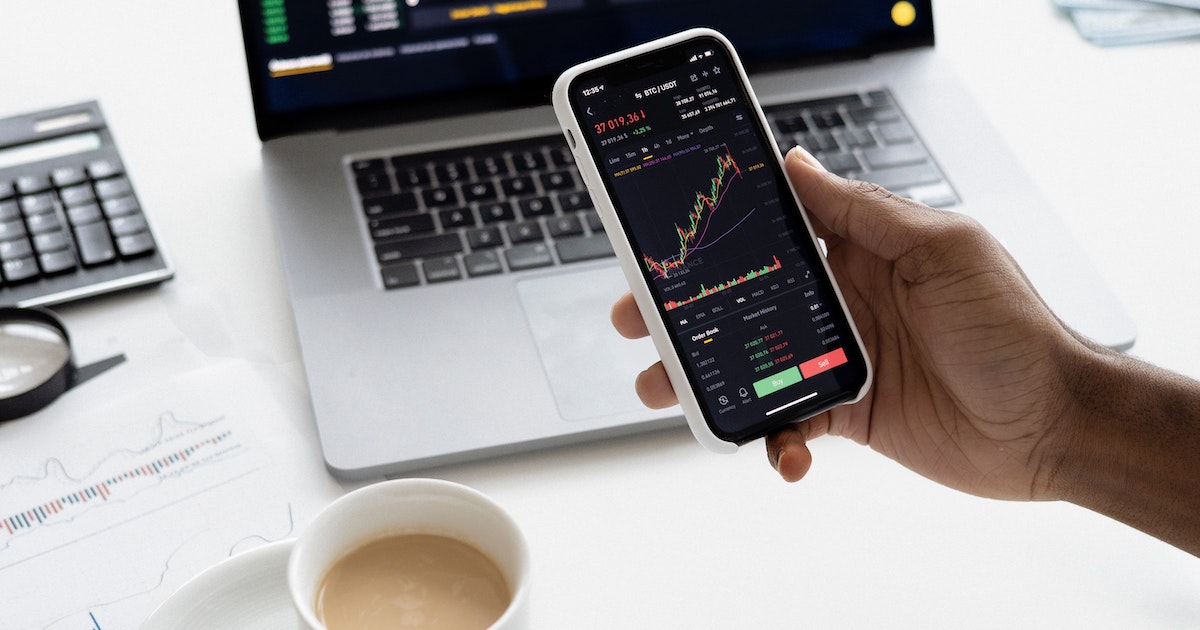 Net income dipped slightly to $19.3 million compared with $19.8 million in the second quarter, and earnings per share fell to $0.13 from $0.14. Cue received emergency use authorization from the Food and Drug Administration in March for its at-home molecular COVID-19 test. It recently announced it was launching its own virtual health platform, moving it outside the diagnostics space.

“In the last few months, we generated record quarterly revenue while entering the public markets, growing our customer base, readying to launch our direct-to-consumer offering with integrated virtual care and in-app travel proctoring, and expanding our team,” Ayub Khattak, CEO and cofounder of Cue Health, said in a statement.

“We’re confident we’ve laid a solid foundation for long-term value creation at Cue and look forward to delivering on our mission of empowering people to live their healthiest lives through personalized, proactive, and informed healthcare.”

GoodRx, best known for its prescription price transparency service, earned $195.1 million in revenue in Q3, a 39% year-over-year increase from $140.5 million.

In April, GoodRx acquired health education video producer HealthiNation, and it scooped up fellow price transparency company RxSaver in May. It recently launched a health information tool designed to give in-depth answers to common health questions.

“As we grow, we believe our advantages in scale and data increase, allowing us to drive deeper consumer savings and provide richer engagement. Our offerings — including subscriptions, pharma manufacturer solutions and telehealth — allow us to reach more consumers at different points of need along their healthcare journey, from diagnosis to treatment to care,” wrote co-founders and co-CEOs Doug Hirsch and Trevor Bezdek in a letter to investors.

The company’s net loss increased significantly to $43.1 million compared with $6.4 million in Q3 2020, some of which it attributed to costs associated with its SPAC merger.

“Our team delivered strong revenue and adjusted EBITDA ahead of guidance while increasing our investment in technology and sales to drive consistent double-digit growth going forward,” Jeff Arnold, co-founder, chairman and CEO of Sharecare, said in a statement.

“All channels demonstrated strong underlying trends with Enterprise moving closer to our goal of nearly 10 million lives on the platform by year-end, Provider delivering strong record retrieval volumes, and Consumer adding a significant number of new brands to its roster at higher average revenue per program. The strength of our performance across all channels in the quarter and year-to-date supports the increase in the midpoint of our adjusted EBITDA guidance for the year as well as sets a strong foundation to deliver on our fiscal 2022 outlook.”

Insurtech company Bright Health reported $1.08 billion in revenue for the third quarter of 2021, a 206.3% increase compared with the prior-year quarter, but with a GAAP net loss of $296.7 million.

The company’s non-GAAP adjusted EBITDA was a loss of $245.9 million. Its medical cost ratio, a metric insurers use to measure medical costs as a percentage of premium revenue, was 103.0%, compared with 90.1% in Q3 2020.

Bright Health went public on the New York Stock Exchange in June with an initial public offering of 60 million shares.

“I am pleased with our continued growth and overall performance in the face of a uniquely challenging year, but more importantly, on our prospects for the future,” president and CEO Mike Mikan said in a statement.

“We are seeing proof points that highlight the power of our fully aligned model within local Integrated Systems of Care. For example, in Florida, we saw a 22% lower medical cost ratio and reduction in inpatient and ED admission rates for IFP members attributed to our owned and affiliated clinics. As we look to 2022, we are well positioned to expand this model to new markets, such as North Carolina and Texas, building on our strong growth and performance to date.”

UpHealth, which includes a variety of digital health services including telemedicine and a digital pharmacy, announced revenue for the third quarter of $49.1 million.

Its integrated care management business brought in $11.9 million in revenue; virtual care scooped up $19.2 million; and other services generated $18.1 million.

“Our first full quarter as a public company marks tremendous growth and success, as we boldly push the integration of our operations and consistently pursue our transformation to a global, leading, digital healthcare, public company. The results convincingly demonstrate the clear value and differentiators of the UpHealth model as well as the dedication of our people and support of our investors, clients, and partners,” Dr. Ramesh Balakrishnan, CEO of UpHealth, said in a statement.

“As we continue to build this incredible team, we’re excited about the future. We are well capitalized to become a leading force in digital health with our unmatched combination of technology, infrastructure, and services.”

Dexcom, maker of continuous glucose monitoring technology, reported a 30% year-over-year revenue growth in Q3. The company’s total revenue came in at $650.2 million. Overall the company beat its EPS expectation by $0.24 and its revenue expectation by $33.09 million.

Dexcom CEO Kevin Sayers attributed the growth to FDA clearances for two of its software products including a real-time API and a DexCom app module.

“These two recent FDA clearances reflect the increased investment that we put into software development and we believe increase our competitive advantages moving forward. In late September, we also announced the launch of DexCom one in four international markets where we previously had no presence,” Sayers said in the earnings call.

Sayers also noted that international growth was up by 57% and U.S. revenue had increased by 23%. This comes after the company launched its products in Bulgaria, Latvia, Lithuania and Estonia.

As for the future, Dexcom upped its fiscal year guidance to $2.425-2.450. The company is looking to launch its latest CGM, the G7, in Europe during Q4, and is preparing to submit the technology to the FDA in the upcoming weeks.

Boston-based telehealth company Amwell came out of the third quarter beating its EPS expectations by $0.04 but missing its revenue expectations by $3.26 million. The company reported a total of $62.2 million in Q3 revenue, which is up 3% from Q2. However, that number is down from 2020’s Q3, which reported $62.6 million in revenue.

The company reported that its gross margin represented 43% of its revenue in the quarter. Its net loss was $50.9 million and its adjusted EBITDA was $31.5 million.

As for the future, the company is making bets on recently released platform Converge.

“Overall, we continue to believe Converge will fuel our results in 2022 and beyond as more revenues generated from existing client expansion and as new clients complete their deployments and begin using Converge,” Ido Schoenberg, CEO of Amwell, said during the earnings call.

The company announced it would be narrowing its 2021 revenue expectations to $246 and $253 million from $252 to $262 million. The company said the adjustments are to account for the decrease in visit volume and shift in visit type toward urgent care.

Teladoc, a New York-based telehealth provider, announced that its total revenue jumped 81% year-over-year in Q3 to $522 million. However, excluding acquired revenue, the Q3 revenue growth was 32%.

“The third quarter was notable in expanding relationships with a number of leading national health plans with the successful launch of our Primary360 offering which reimagines the primary care model and delivers increased access and engagement to members,” Jason Gorevic, CEO at Teladoc, said in a statement.

Looking ahead, the company is projecting Q4 revenue to be in the ballpark of $536 million to $546 million. Its full-year prediction is just over $2 billion.

Medical chatbot company Babylon reported a 371% year-over-year revenue growth to $74.5 million. The company attributed this uptick in revenue to its value-based care revenue, which brought in $55.7 million in Q3.

Babylon is holding tight on its public guidance for the 2021 year, with an expected revenue of $321 million.

“Our revenue growth in the third quarter, in conjunction with the new contract launches, demonstrates the continued momentum in our business as we deliver on our 2021 and 2022 revenue targets,” Charlie Steel, chief financial officer of Babylon, said in a statement.

“Following our listing and debt financing with AlbaCore, we now have the capital to accelerate our growth which, in conjunction with the operational performance, we have seen year to date, gives us confidence in our ability to deliver into 2022.”

Tech-backed eyewear company Warby Parker increased its revenue by 32% year-over-year. The company announced a net revenue of $137.4 million, up $33 million from last year’s Q3. Its gross profit dollars grew by 24.5% from the last Q3 to $79.7 million.

“As we look ahead, we remain laser focused on executing against our growth strategies by increasing our active customer base, expanding our retail footprint, and delivering innovative products and services that further our mission to inspire and impact the world with vision, purpose and style,” Neil Blumenthal, cofounder and co-CEO of Warby Parker, said in a statement.

One Medical, a hybrid care provider, increased its year-over-year revenue by 49% in Q3, beating its expectations by $3 million. The company reports a net revenue of $151.3 million compared to $101.7 million in Q3 of 2020.

One Medical has been looking at the senior care market as a potential revenue driver for the future, after it acquired Medicare focused Iora Medical for roughly $2.1 billion. The company said that in Q3 Medicare accounted for $30.5 million of its revenue. It attributes the Medicare revenue to its acquisition of Iora.

“We are further applying these competencies to now also care for seniors and at-risk model, expanding our total addressable market to $870 billion across markets and geographically positioning ourselves to reach nearly 40% of the U.S. population in the markets in which we’ll be operated,” Amir Rubin, president and CEO of One Medical, said during the earnings call.

“As we’ve previously noted, we believe the addition of Iora creates many potential synergies, including an opportunity to serve parents and grandparents of One Medical’s 683,000 consumer and enterprise members.”

Direct-to-consumer virtual-care company Hims & Hers brought in $74.2 million in revenue for the third quarter ending Sept. 30 compared with $41.3 million in the same quarter last year.

The company’s net loss was $15.9 million, compared with $5.9 million from 2020. Over the course of 2021, Hims & Hers has wrapped up the special purpose acquisition company merger that allowed it to trade publicly, acquired British personalized health company Honest Health, scooped up teledermatology platform Apostrophe and launched a new line of dietary supplements.

The company also announced it will launch an app for its members that will include educational content and a concierge that can help users coordinate care and schedule telehealth appointments.

“This latest quarter of results shows that our vision to create a new front door to healthcare is resonating,” CEO and cofounder Andrew Dudum said in a statement.

“Not only did we deliver strong revenue growth in Q3, we did so while maintaining customer acquisition costs quarter-to-quarter, nearly doubling total subscriptions year-over-year, and delivering on strategic initiatives to catalyze future growth. We believe we are very well positioned to deliver on our ambitious mission.”