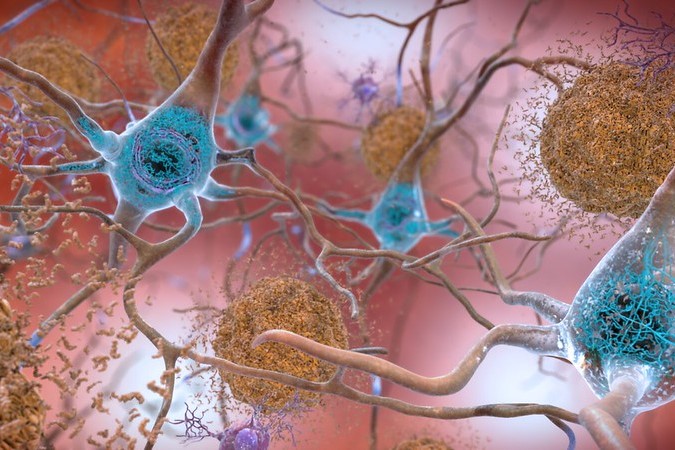 An Alzheimer’s disease drug from partners Eisai and Biogen now has data from a pivotal study showing it slowed clinical decline from the memory-robbing neurodegenerative disorder, positive preliminary results that bolster the amyloid-clearing therapy’s case in advance of an upcoming regulatory decision.

In the placebo-controlled Phase 3 study, Eisai and Biogen said treatment with the drug, lecanemab, led to a statistically significant 27% reduction in clinical decline at 18 months. The drug also met secondary goals that include measuring levels of amyloid protein in the brain and assessing patients using scales that measure cognitive impairment.

Lecanemab is currently under FDA review under the accelerated approval pathway, which provides a faster track to the market based on less data than required for a traditional review. An FDA decision is expected in early 2023. Drugs granted accelerated approval must generate additional clinical data from larger studies to confirm a drug’s benefit.

The latest clinical trial results, which were reported late Tuesday, are from a Phase 3 clinical trial that the FDA has agreed could serve as the confirmatory study verifying lecanemab’s clinical benefit. With these “highly statistically significant results,” Tokyo-based Eisai said it will discuss the data with regulators, with the goal of submitting an application seeking traditional FDA approval by the end of March. Eisai also aims to submit marketing authorization applications in Japan and Europe within the same time frame. The results will be presented during the Clinical Trials on Alzheimer’s Congress on Nov. 29 and published in a peer-reviewed medical journal, Eisai said.

The lecanemab data help support the hypothesis that Alzheimer’s can be treated by reducing the buildup of amyloid plaques in the brain characteristic of the disease’s progression. The history of amyloid-busting drugs is full of clinical trial failures—including one for lecanemab. In an 857-patient Phase 2 study, Eisai and Biogen reported in 2017 that the drug, then known as BAN2401, did not meet the trial’s main goal at 12 months. But the partners kept the study blinded and continued it for another six months.

At 18 months, data showed a reduction in amyloid and a slowing of cognitive decline. Based on those results, Eisai submitted an application last year seeking FDA approval. In July, the FDA accepted that application under the accelerated approval pathway and granted the drug priority review, setting a Jan. 6, 2023 target date for a regulatory decision.

Lecanemab is an antibody drug designed to bind to protofibrils, clusters of cells that grow into fibrils of amyloid in the brain. That’s a different approach than Aduhelm, the antibody Biogen drug designed to target amyloid that has already formed plaques in the brain. Both drugs are part of an Alzheimer’s disease research partnership struck up by Eisai and Biogen in 2014. The pact calls for the two companies to share in the development and commercialization of drugs covered under the deal, but Biogen led clinical development for Aduhelm while Eisai took the lead on lecanemab.

Aduhelm won accelerated FDA approval last year despite mixed Phase 3 data. Commercialization has been a struggle, a challenge complicated by a Centers for Medicare and Medicaid Services (CMS) decision to limit coverage to patients enrolled in a clinical trial designed to generate additional supporting evidence.

The latest lecanemab results appear to provide the evidence needed to address concerns about safety and efficacy raised in CMS’s coverage determination for Aduhelm. Lecanemab’s Phase 3 study enrolled 1,795 people with early Alzheimer’s. Participants were evaluated according to Clinical Dementia Rating-Sum of Boxes (CDR-SB), a numeric scale used to quantify the severity of dementia symptoms in areas such as memory, orientation, and judgement and problem solving. According to Eisai, the statistically significant changes were observed starting at six months.

William Blair analyst Myles Minter said in a research note that the 27% improvement tops the 25% mark medical experts said would be clearly clinically meaningful for patients. He added that that Eisai executives said during a Wednesday morning conference call that the change according to the scale gets bigger from six months to 18 months, which implies greater efficacy with longer treatment. In total, he said the results substantially increase the probability of full FDA approval of the drug next year.

“In our view, the first full FDA approval of an anti-amyloid therapy would be sufficient to fulfill the CMS criteria of being an essential therapy for Medicare beneficiaries and overturn the current national coverage determination (NCD) that restricts Part B coverage to the therapeutic class without the coverage with evidence development (CED) restriction,” Minter wrote.

The Alzheimer’s Drug Discovery Foundation took a broader view. While welcoming the lecanemab results, Howard Fillit, the group’s co-founder and chief science officer said in an emailed statement that Amyloid-clearing drugs will provide “an incremental benefit at best.” He added that success in treating Alzheimer’s and other forms of dementia will come from using anti-amyloid drugs with other therapies, a combination approach similar to the way cardiovascular disease and cancer is treated now.

One of the adverse effects of amyloid-targeting antibody drugs is swelling and bleeding in the brain. The total incidence of these complications was 21.3% in the lecanemab group compared to 9.3% in the placebo arm, which Eisai said was within expectations for the drug. Beyond addressing CMS’s concerns about efficacy, Minter said lecanemab’s data should also address diversity concerns raised by the clinical trials of Aduhelm. The companies pointed out that the patients treated in lecanemab’s Phase 3 study is generally comparable to the country’s Medicare population.

Lecanemab’s results are also encouraging for other developers companies developing Alzheimer’s therapies. Eli Lilly, Roche, and Prothena are among the company with anti-amyloid drug candidates.