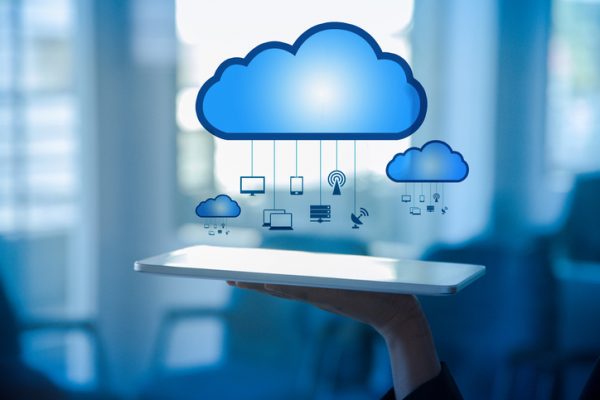 Healthcare sector technology leaders may have noticed an alarming trend in their newsfeeds recently. Along with updates on macroeconomics, cybersecurity, and the latest mergers and acquisitions, there’s been a swarm of headlines suggesting that cloud computing isn’t a sound investment and doesn’t produce returns.

This is a patently false narrative fed by clickbait titles such as “CIOs still waiting for cloud investment to pay off,” or “Companies are still waiting for their cloud ROI: Everyone jumped to cloud computing to save money but got the opposite,” or even the slightly less melodramatic “ROI on cloud spend not quite tangible, just yet.”

The truth is the exact opposite of what each of those headlines teases.

But the damage is already done for anyone who doesn’t dive into the details. They may be left presuming that cloud use equates to increased costs without returns — which is pure poppycock!

That false impression is particularly insidious when it comes to healthcare IT, where cloud adoption delivers enormous benefits — measurable enhancements in security, cost control, operational efficiency, reliability, agility, and capability — as well as the only viable and sustainable means of adapting technological infrastructure to meet the sector’s critical and fast-changing needs.

So I think it’s worth correcting the record.

The origin of a myth

The hogwash started in The Wall Street Journal with a contrarian take on a recent KPMG technology report. The WSJ implied that the KPMG survey results indicated rampant failed returns on cloud investment and swaths of CIOs facing shocking cost overruns. You have to spin and hedge hard to make that fantasy fly — I read the same report. It finds that, in 2022, “88% of organizations across industries globally are advanced in their adoption of cloud technologies” and 80% of respondents are “satisfied with the returns their cloud transformation programs have attracted to date.” Here’s the breakdown:

The WSJ took these results to paint a bizzaro-world picture implying the reverse — that cloud investment largely isn’t paying off. This subtext permeates their story even as they quote experts explaining that cases of delayed cloud ROI or budget overruns are generally symptomatic of poor implementation or misguided IT strategy. In fact, one expert – John Roese, global chief technology officer of Dell Technologies was quoted saying: “Usually the reason it was expensive is that they processed the data in a suboptimal way, in the wrong place with the wrong tools with the wrong economic model.”

But of course, some other popular IT outlets picked up the WSJ’s buzzy slant in their own commentary with similarly shadowy  headlines — even though the texts of those articles also reiterate that if you don’t get good ROI from the cloud, you’re probably doing it wrong.

I guess “Most folks happy with cloud transition, some make mistakes” just isn’t a snappy headline.

The truth is out there

The most troubling aspect of these headlines is the implication that there is an equally powerful but cheaper alternative to cloud adoption and what is supplied by public cloud hyperscalers like AWS or Azure. This simply does not exist — not even if the dream of lavish budgets, abundant and expert staff, and data centers brimming with state-of-the-art hardware could be continuously fulfilled on-prem and in-house by any company — much less any organization in the healthcare sector.

Dollar-for-dollar, nothing else even comes close to the cybersecurity, resilience, agility, and scalability provided by public cloud infrastructure. The 2022 KPMG technology report actually states that “cloud adoption is no longer the mark of a digital leader, merely the logical evolution of IT.”

Don’t just take it from me; you can look to other healthcare CIOs and IT leaders, consultants, and researchers. Read about 8 healthcare organizations experiencing “reduced costs and shorter project timelines, with many reporting improved care coordination, while using Microsoft Cloud technologies.” Or consult analysis of 28 AWS “customer-specific business cases from healthcare providers around the world…ranging from local providers with 300 beds to national organizations with more than 5M patients” that forecast a combined cost saving of $208M. “The pay-back period for the healthcare providers in the analysis was, on average, 15 months.”

Are some cloud transitions taking place in stages? Sure. Are some of those migrations very complex? Absolutely. Do some fail to capture full cost optimization? Also yes. Do you know anyone who is abandoning the cloud and returning to their old IT infrastructure? Well, do you?

Cloud operates in a fundamentally different paradigm from the IT infrastructure of the past, and embracing big change is rarely free or easy. But the rewards of evolving are obvious and far too great to ignore. Cloud power is what drives the rapid digital innovation we see across pretty much every other other industry — and it enables healthcare organizations to solve increasingly complex problems more affordably, quickly, and reliably.