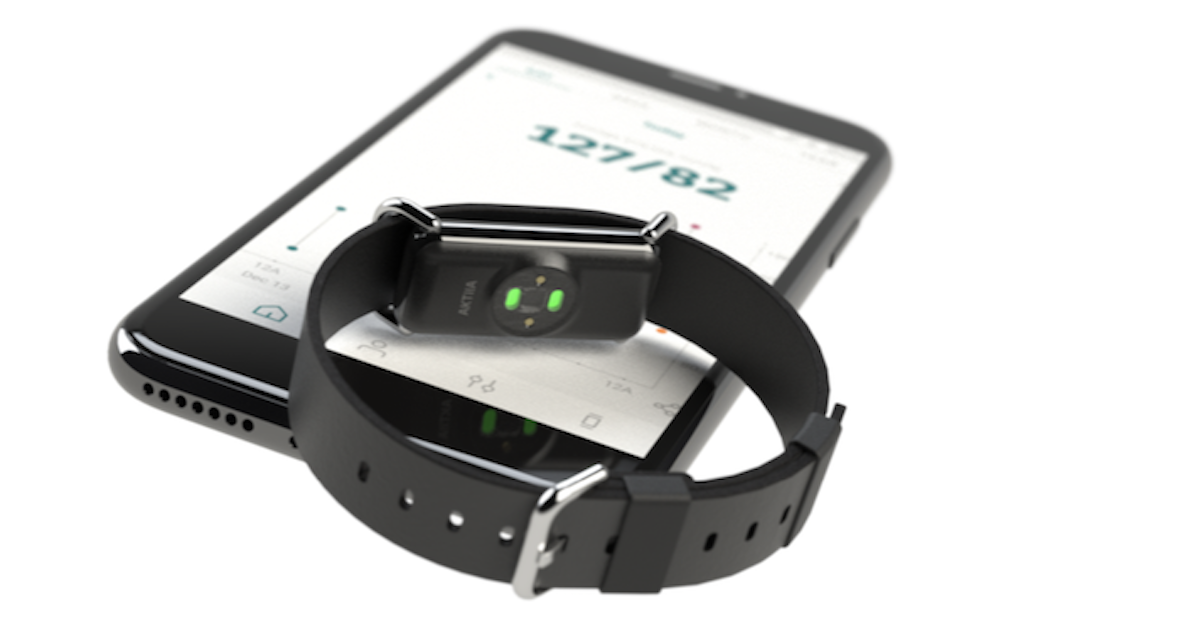 This news comes roughly a year after the Swiss-based startup announced a $6.1 million funding round led by Redalpine. As of today, the company has more than $28 million in funding dollars.

The team at Aktiia created a wrist-worn automated blood pressure monitor that is able to take readings around the clock. The bracelet includes optical sensors and a software algorithm that measures an individual’s blood pressure.

Aktiia positions its tool as an alternative to traditional blood pressure cuffs, which are bulky and take time out of a user’s day to collect the reading.

The tool, which landed a European CE Mark as a Class IIa medical device, also includes a connected smartphone app. Users are able to use the app to visualize their data over time, as well as send data to a physician or loved one.

The startup plans to use the new funds to help in its commercialization efforts. Specifically, the company is looking to grow its sales in the U.K., Ireland, Germany, Austria, Switzerland, France and Italy.

It kicked off this effort by hiring Richard Cardow as its new Head of European Healthcare Sales and Partnerships.

“At Aktiia, we believe the key to improving cardiovascular health is to provide patients and physicians a deeper understanding of their blood pressure pattern,” Mike Kisch, Aktiia CEO, said in a statement. “Before Aktiia, it was not possible to do this at scale. We are excited about expanding access to this technology and the positive impact it can have on reducing major adverse cardiovascular events.”

Today there are a number of digital health companies working on technology to help monitor blood pressure. For example, Samsung’s smartwatch includes an ECG and blood pressure measurement system. Omron has also built a smartwatch with a blood pressure monitoring system that was cleared by the FDA in 2018.

Earlier this year, the Wall Street Journal reported that Apple may be looking into blood pressure tracking on its smartwatches.