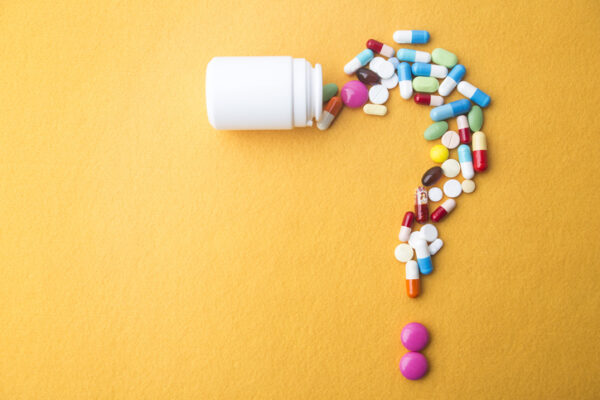 Opioids reduce the symptoms of pain, not the underlying mechanism. Moreover, these drugs damage the reward pathway in the brain and can lead to addiction. Fortunately, opioids are not the only pharmaceutical option for treating pain: Non-addictive painkillers are widely available over the counter and by prescription. But research suggests that prescription painkillers, whether opioid-based or not, only work sufficiently in about 70% of patients. We need better options.

Humans’ relationship with opioids is ancient. It began 8,000 years ago when humans started using opioids as medicine in a less potent but still abusable form. The problems with opioid use crescendoed in recent decades, as broader indications for, and higher doses of, these drugs led to today’s epidemic, which has impacted countless lives.

Spurred by the opioid epidemic, scientists today are diving deeper into the neurobiological mechanisms of pain. They aim to find new druggable targets for treating pain effectively without causing addiction. This new generation of drugs could sidestep the dopamine and opioid pathways entirely by directly targeting the nociceptor pathway—a network of neurons all over the body responsible for mediating pain signaling. By carefully examining these drug candidates in humans, animals, and in vitro model systems, researchers hope to develop a more targeted class of painkillers that can help reduce reliance on addictive substances.

The link between pain and addiction

On the physiological level, chronic pain and addiction result from complementary neural feedback loops fueled by the opioid and dopamine systems. First, chronic pain may develop after repeated stress, inflammation, or acute injury, while addiction results from repeated exposure to an addictive substance. Both trigger epigenetic alterations in gene expression and protein localization within neurons. But, while chronic pain mainly involves changes within pain-sensing circuits, addiction causes additional changes in the reward center of the brain. Opioids operate by dulling pain perception in the brain, but they also act unnecessarily on the reward pathway, which is what makes them addictive. Therefore, painkillers that affect pain signaling at the site of pain and do not impact the reward pathway would offer a therapeutic benefit without causing additional harm.

Scientists have used a variety of approaches to examine the effects of new pain-killing drug candidates on nociceptor signaling. Standard methods include structural modeling of receptors and ligands, behavioral evaluation, functional magnetic resonance imaging (fMRI), and electrophysiology. Together, these methods assess if a drug has the appropriate effect on brain activity and reduces pain.

Electrophysiology plays a critical role in the screening of therapeutic candidates. This technique enables researchers to examine how compounds impact the electrical activity of neurons and neural circuits. For these experiments, researchers grow dorsal root ganglion neurons and use inflammation-inducing compounds to cause the neurons to fire as if they were signaling inflammatory pain. Researchers subsequently treat the neurons with pain-killing drug candidates and monitor them for a reduction in neuronal activity.

However, conventional electrophysiological methods, such as patch-clamp, are low throughput, making it challenging to discover and test novel drug candidates efficiently. For this labor-intensive method, a highly trained scientist uses a micropipette to manipulate an individual cell and measure its electrochemical activity. Data collection is also limited as researchers can only examine each neuron for about an hour before the cell dies. Similarly, fMRI and behavioral studies return other types of high-quality data, but also at a slow pace. More recently, however, scientists are accelerating therapeutic discovery with a new kind of analysis using bioelectronic assays.

In bioelectronic assays, live neurons grow in a multiwell plate containing multielectrode arrays (MEAs) at the bottom of each well that continuously record the cells’ activity. Instead of measuring a single cell, these non-invasive bioelectronic assays can measure activity over time throughout a neuronal network. Researchers may conduct bioelectronic assays on generic cell lines or cell lines derived from a specific patient. Bioelectronic analysis of patient-specific models of chronic pain has helped accelerate the discovery of new painkillers.

To develop a non-addictive painkiller, scientists have been searching for proteins that appear on pain neurons but not in the reward pathway, and this has been no small task. However, researchers have identified specific genes that fit the bill by studying rare, pain-related genetic disorders.

The sodium channels, Nav1.7, Nav1.8, and Nav1.9, have critical roles in pain-sensing, and early work uncovered the genes coding for these proteins. (Akopian, Roza, Yang, Cummins, Fjell, Wood). These channels make optimal pain-killing targets because they reside only in the dorsal root ganglion. Ideally, compounds that target these channels will dull pain without causing dependence. In a landmark study, scientists characterized the painful condition known as “burning man syndrome” or Inherited Erythromelalgia (IEM), which is caused by a mutation in the gene for Nav1.7. This study was one of the first human studies confirming that gain-of-function mutations in these genes cause disorders associated with heightened pain. Conversely, researchers found that loss-of-function mutations render an individual less able to sense pain.16 Armed with this knowledge, researchers could finally conduct targeted studies to search for a novel class of painkillers.

An early pharmacological breakthrough came out of the Waxman lab in 2012.17,18 The Waxman team was studying two patients with IEM, and structural modeling of the mutated S241T Nav1.7 channel predicted that these individuals would be responsive to the anti-epileptic drug carbamazepine. fMRI assessments revealed that carbamazepine treatment reduced brain activity associated with pain signaling in both patients. Furthermore, both patients reported significant pain reduction: For one patient, carbamazepine treatment cut the amount of time they spent in pain per day in half, with fewer instances of waking up in pain at night. The other patient reported that the drug reduced time in pain by about 85 percent. A bioelectronic analysis confirmed this positive effect at the cellular level: the Waxman group cultured dorsal root ganglion neurons expressing the same Nav1.7 sodium channel mutation of the patients and exposed them to heat, a stimulus that causes pain in individuals with IEM. Heat exposure increased neuronal firing, and carbamazepine treatment reduced the heat-induced activity, mirroring its clinical effects.

Since then, researchers have advanced a dozen new compounds that selectively block the Nav1.7 and Nav1.8 sodium channels and one that blocks Nav1.9 to clinical trials, with three in phase 3. These researchers aim to identify treatments for conditions ranging from IEM to diabetic neuropathy. Overall, these compounds do not appear to be addictive and do not produce dangerous side effects; however, they show varying efficacy in reducing pain. Therefore, the search continues to uncover potential new Nav1.7 and Nav1.8 inhibitors like small molecules and therapeutic antibodies. Some researchers have designed high-throughput screens based on bioelectronic assays to take on the search. While these screening systems are still in their infancy, once up and running, they promise to greatly accelerate the identification of promising, physiologically relevant painkiller candidates.

The body of research seeking a better class of pain relievers is relatively young, but it’s rapidly advancing. Regardless of which method uncovers new painkiller targets, researchers must assess these novel compounds for addictive properties and unexpected side effects. These efforts will yield painkillers that operate through a more effective, targeted mechanism. As time goes on, individuals may have access to a more diverse selection of non-addictive painkillers, and physicians will be able to assign patients a treatment based on their unique physiological makeup. Overall, this promising field of research stands to improve how we treat pain and reduce the number of individuals who rely on opioids. With scientists seeking to divorce pain from addiction, the future of pain treatment is increasingly bright.