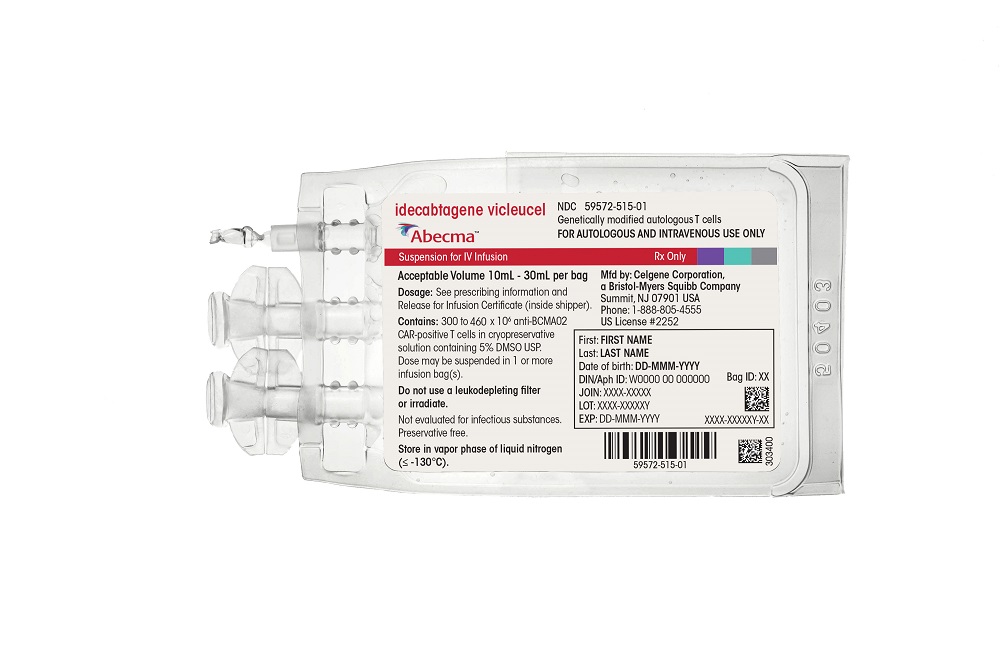 Bristol Myers Squibb drug Abecma was the first FDA-approved CAR T-cell therapy for multiple myeloma, but like other drugs in its class, the treatment’s serious side effect risks limit its use to the most advanced cases. The pharmaceutical giant now has data from a pivotal study showing that Abecma beat the standard of care, preliminary results that could support moving the cell therapy up as an earlier line of treatment.

BMS said Wednesday that Abecma met the main goal of showing statistically significant improvement in progression-free survival, which is a measure of how long patients live without their cancer worsening. Specific details about the results for this endpoint were not released, but the company said that they came from a pre-specified interim analysis conducted by an independent review committee.

The preliminary results are also positive for one of the trial’s secondary endpoints. BMS said that Abecma led to improvement in the overall response rate compared to standard treatments. Not enough data are yet available for assessing overall survival, which is another secondary goal. BMS said it will work with 2seventy bio to assess all of the data, which will be presented at an upcoming medical meeting. They also plan to discuss the results with regulators.

The FDA’s 2021 approval of Abecma covers the treatment of patients who have had at least four earlier lines of therapy. Moving up into an earlier line of therapy could significantly expand use of the drug. In a research note sent to investors Wednesday, William Blair analyst Matt Phipps said an estimated 3,000 multiple myeloma patients in the U.S. receive fifth-line treatments per year. At the fourth-line level, the number of patients is about 6,000. An estimated 12,000 to 13,000 multiple myeloma patients receive third-line treatment. Phipps added that the number of patients enrolled in each line of therapy in the pivotal study will be key in gauging the potential expansion opportunity for Abecma.

Securing FDA approval as an earlier multiple myeloma treatment would give Abecma an edge over Carvykti, a rival CAR T-product from partners Johnson & Johnson and Legend Biotech. Carvykti’s approval earlier this year was as a fifth-line treatment, the same as Abecma.

The Phase 3 test of Abecma has a targeted enrollment of 381 patients with advanced multiple myeloma. Eligibility covered those whose cancer was treated with two to four prior lines of therapy and was not responsive to the last treatment regimen.

In other BMS cell therapy news, the pharmaceutical giant has begun a research partnership with GentiBio, a biotech startup developing therapies for autoimmune and inflammatory disorders.

Boston-based GentiBio focuses on a type of immune cell called a regulatory T cell, or Treg. Some autoimmune disorders are associated with excessive immune system activity that promotes inflammation. The role of Tregs is to tamp down inflammation. The focus of the BMS/GentiBio alliance is inflammatory bowel disease. According to deal terms announced Wednesday, GentiBio will use its technology to develop engineered Tregs for multiple targets. BMS has the right to develop and advance up to three of them into clinical testing.

GentiBio received an upfront payment to begin the multi-year alliance. Specific details about that payment were not disclosed, but BMS said development and sales milestone payments could reach $1.9 billion. GentiBio would also receive royalties from sales of an approved product from the alliance.