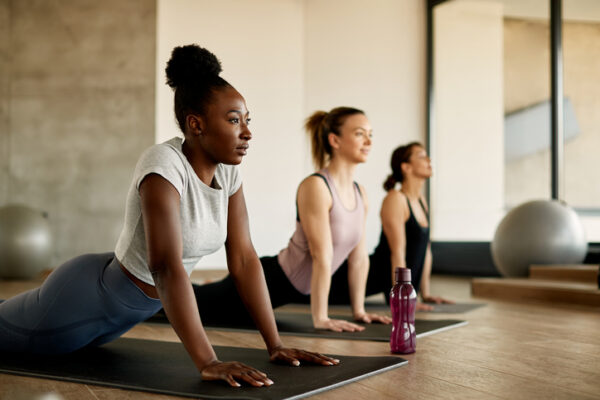 Women’s health innovation is an area that cuts across maternal care, sexual health, fertility, health equity, behavioral health, oncology and more. The femtech market is projected to grow to $1.1 billion by 2025, according to data from Frost & Sullivan. There’s never been more data to analyze and assess women’s health. And yet, there are also some grim realities to face as well. The U.S. Supreme Court’s vote to overturn Roe v Wade has dealt a setback to women’s healthcare, creating a patchwork of state laws that are leading some pharmacies to restrict women’s access to certain drugs and potentially drive more women to vote in the midterm election next month than ever before. It’s also creating renewed concern about data privacy when it comes to fertility apps, lest app developers share that information with local authorities in some states.

Adding urgency to the issue of maternal health, a 2020 report from March of Dimes found that 2.2 million women of childbearing age live in areas without easy access to a hospital offering obstetric care, birth center and obstetric providers.

Here’s a look at some of the companies making a difference in women’s health.

In August, a regional health insurer Highmark rolled out a new policy that it would begin to cover the cost of certain digital therapeutics. Included in the first batch is Natural Cycles, which describes itself as the first FDA-cleared birth control app. Its algorithm takes the basal body temperature data entered by the user as well as data regarding the user’s menstrual cycle and determines the user’s fertility status. The FDA created a new category for this app: software application for contraception. Fertility is the dominant subcategory of digital health applications for women’s health, according to a 2020 report from Rock Health.

One general theme of women’s health is that there needs to be more easily accessible resources for pregnant women to help them when they have questions or complications and to address gaps in the current system. Several companies have stepped up to the challenge, offering education for pregnant women to reduce stress and anxiety and improve awareness of their healthcare needs. Many of them also offer virtual care services to more easily address healthcare concerns and are aligned with payers, providers, and self-insured employers. Some of the companies focused on this area include Wildflower Health, Babyscripts, Millie, Maven and Quilted Health.

Wildflower Health, launched in 2012, seeks to support women on Medicaid. In a recent interview with MedCity News, Founder and CEO Leah Sparks advocated for more effective support services for pregnant women so that underlying conditions that could lead to complications later in the pregnancy can be identified and treated, such as hypertension, diabetes and behavioral health issues. To ensure better birth outcomes, providers must identify risk factors that negatively impact pregnancy early on. These include behavioral health issues, diabetes and hypertension, which are all undertreated conditions in the U.S., Sparks pointed out.

Quilted Health works with midwives and doulas and has three bricks and mortar locations in Washington state. They work with several national and regional payers and are also aligned with Washington state’s Medicaid program Apple Health.

Anu Sharma founded Millie to help women avoid some of the healthcare concerns she experienced when she was pregnant such as the postpartum preeclampsia she experienced shortly after she was discharged from the hospital. It overlaps in some ways with Quilted Health’s approach. Millie opened a bricks and mortar clinic in Berkeley this Fall. Focused on collaborative OB midwifery care, Millie works with women from the earliest stages of pregnancy to postpartum care. In an interview with PwC as part of its Next in Health podcast series, Sharma said it’s critical to address the alarming maternal mortality rate in the U.S., which dwarfs other wealthy countries.

“What’s kind of striking is that 30% of maternal deaths happened during pregnancy and 52% happened in the first year of a baby’s life, which shockingly makes childbirth the safest part of the entire journey. And there are lots and lots of studies that show that 60% of maternal deaths are preventable with timely care beyond just maternal mortality and morbidity statistics.”

Babyscripts’ app uses remote monitoring with wireless devices to track weight gain and blood pressure, comparing it with Institute of Medicine guidelines. It also offers mental health support and alerts clinicians if an elevated risk is detected so that they can intervene if needed. Babyscripts closed a $12 million Series B round last year as part of a strategy to increase its presence across all 50 states.

One company targeting college-age women’s health needs is Caraway Health. It offers integrated mental, reproductive and physical healthcare services with evidence-based care 24/7 through a mix of self-guided care programs and therapy and telehealth provided by nurse practitioners. The company also provides access to STD testing and for urinary tract infections. A $10.5 million Seed round led by 7wireVentures and OMERS Ventures, with participation from Hopelab Ventures will be used to expand access to healthcare solutions for women of all races, ethnicities, gender identities and sexual orientations, according to a press release.

Like many aspects of digital health, consolidation has also reduced competition in this area. Earlier this month Unified Women’s Healthcare acquired Gennev, a digital menopause care delivery platform. Although Gennev’s business model has been direct to consumer but soon plans to shift to an enterprise model.

“The future of women’s health is consolidation of many amazing women’s health companies and startups that have brought innovation to their chosen specialty,” said Jill Angelo, Gennev CEO. “Together we have more leverage, efficiencies, and it makes it easier for women who need services and products than span their needs and lifecycle.”

When it comes to drug development, women are underrepresented in clinical trials due to a 1977 rule by the FDA preventing women of childbearing age from participating in clinical trials. Although that’s created challenges in drug development, medical imaging and software to improve screening and early detection of certain cancers has also become more sophisticated. Breast cancer is the second leading cause of death among women after lung cancer, though men can develop the disease as well. Earlier detection has been crucial to reducing death rates. Some medtech believe that developing AI tools for clinical decision support can help advance these early detection efforts. But research suggests the technology has some ways to go before these companies are effective.