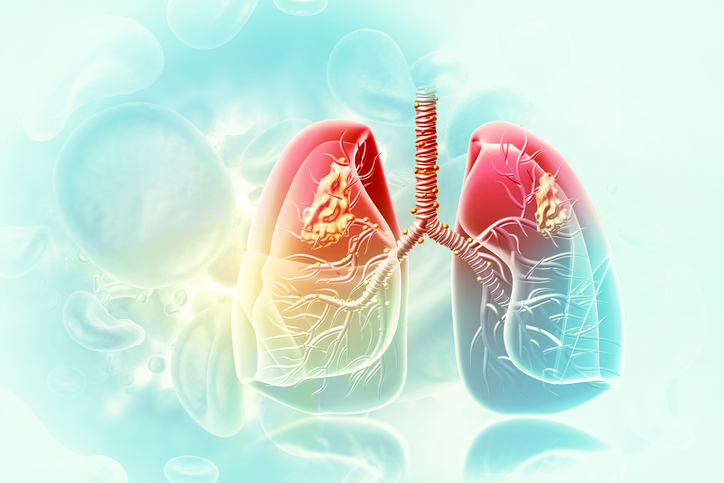 An Amgen drug that won a speedy FDA approval last year in certain lung cancers now has preliminary data from a larger study showing the pill beat standard of care chemotherapy. Those results are enough to meet the clinical trial’s main goal, but you’ll have to wait to see more information. Amgen is saving detailed data for presentation at an unspecified future medical meeting.

Thousad Oaks, California-based Amgen announced the preliminary results for its drug, Lumakras, after Tuesday’s market close. While the results provide additional validation for the drug, the question now is whether they’re also sufficient to convert the accelerated FDA approval to a full one. If so, that could put adagrasib, a rival drug from Mirati Therapeutics, in a tough spot.

Accelerated FDA approval of Lumakras last year made it the first drug approved to target any KRAS mutation. That regulatory decision was based on results from an open-label Phase 2 study that tested the therapy in 124 patients with non-small cell lung cancer (NSCLC) characterized by the KRAS G12C mutation. The approval covers use of the drug as a second-line treatment for this type of cancer.

The results Amgen announced Tuesday come from a Phase 3 study that enrolled 345 patients whose KRAS G12C-mutated NSCLC had been treated with at least one prior systemic therapy. Study participants were randomly assigned to receive either Lumakras or docetaxel, a standard of care chemotherapy. Amgen said preliminary results showed its drug met the main goal of progression-free survival, a measure of how long patients live without the cancer worsening. While the pharma giant said its drug demonstrated statistical significance and superiority on this endpoint, it did not elaborate on those results.

“Further analyses of the data are ongoing, and we look forward to sharing detailed data at an upcoming medical meeting,” David Reese, Amgen’s executive vice president of research and development, said in a prepared statement.

The accelerated approval program permits earlier approval of drugs based on less data than is required in a standard review. This pathway is reserved for drugs that treat serious conditions with few if any therapeutic options. Drugs granted accelerated approval must undergo additional clinical testing to confirm their benefit. Amgen’s Phase 3 test of Lumakras could fill that requirement.

Mirati has also filed for accelerated approval of its KRAS G12C-blocking drug based on data from a Phase 1/2 study. The FDA set a Dec. 14 target date for a regulatory decision. The potential problem for the San Diego-based biotech is in the timing. If Amgen’s drug wins full FDA approval before a decision on Mirati’s adagrasib, it could undermine the Mirati drug’s case for accelerated approval. That’s because the availability of a drug with full approval means that other drugs that follow it might have to meet the same evidentiary standard in order to pass FDA muster. Adagrasib wouldn’t necessarily be eliminated from contention. But a decision on that drug might need to wait until it has its own supporting data from a well-controlled Phase 3 study. That Phase 3 study is still ongoing.

Mirati reported Phase 2 data for adagrasib in June during the annual meeting of the American Society of Clinical Oncology (ASCO). Those results showed efficacy comparable to the Phase 2 data that supported Lumakras’s approval. Mirati has said it hopes to differentiate its drug by offering better ability to treat NSCLC that has metastasized to the central nervous system. Mirati’s ASCO presentations also included encouraging results on this measure, albeit in small patient numbers. How the FDA weighs these results could also factor into an accelerated approval decision for adagrasib.