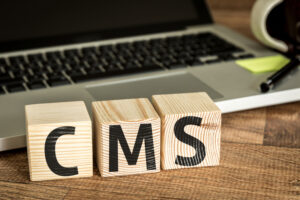 The American Medical Association blasted the Centers for Medicare and Medicaid Services Tuesday for its 2023 Physician Fee Schedule final rule, which would cut the Medicare payment rate to physicians by nearly 4.5%.

The 2023 Physician Fee Schedule conversion factor — which calculates how much a physician is reimbursed by Medicare for services — changed to $33.06, a $1.55 decrease from 2022 at $34.61. The new conversion factor is reflective of the expiration of the 3% increase in physician fee schedule payments for 2022, which was in place to help physicians during Covid-19.

AMA’s statement called on Congress to prevent these cuts, stating that with the 4% Pay-As-You-Go (PAYGO) Act sequester, Medicare payments would be cut by a total of 8.5% in 2023. The Statutory PAYGO Act of 2010 requires that mandatory spending and revenue legislation not increase the federal budget deficit. Congress deferred the sequester at the end of 2021 but it is still expected to take place in 2023, according to a fact sheet from the American Hospital Association.

“Earlier this year, the AMA offered detailed comments on the proposed payment schedule,” Resnick said. “It was immediately apparent that the 2023 Medicare physician payment rates not only failed to account for inflation in practice costs and Covid-related challenges to practice sustainability but also included the damaging across-the-board reduction. Unless Congress acts by the end of the year, physician Medicare payments are planned to be cut by nearly 8.5% in 2023 — partly from the 4% PAYGO sequester — which would severely impede patient access to care due to the forced closure of physician practices and put further strain on those that remained open during the pandemic.”

While the AMA opposed CMS’ change, other organizations applauded it for areas that reflected their respective priorities. For instance, the National Association of ACOs (NAACOS) praised changes to the Medicare Shared Savings Program for 2023 that included providing more time to Accountable Care Organizations before they have to assume financial risk. The final rule also gave advance shared savings payments to ACOs that care for underserved communities. CMS said it expects these changes to increase participation in rural and underserved areas.

“Today’s finalized changes to Medicare’s largest ACO program bring a win to patients and will absolutely help providers deliver accountable care to more beneficiaries … On balance, we believe this final rule will grow participation in accountable care organizations, which have already generated billions of dollars of savings for our health system,” said NAACOS President and CEO Clif Gaus in a statement.

However, NAACOS would still like to see some changes to the final rule, particularly with what it refers to as the “rural glitch” in the Medicare Shared Savings Program. ACOs have benchmarks in place that determine if ACOs are able to share in savings. These benchmarks are based on historical costs of the ACO’s patients and the costs of patients in the ACO’s region. The latter includes both ACO and non-ACO patients, so when ACOs reduce the rate of spending for their patients, they also reduce the spending in that region. This harms savings for especially rural ACOs because they care for a larger portion of the population than urban ACOs.

“CMS should consider correcting the ‘rural glitch,’ where ACOs no longer benefit from the regional adjustment when lowering the spending of their assigned patients,” Gaus said. “This change would greatly help ACOs, but remains in effect even after today’s changes.”

Additionally, the final rule made changes to policies related to telehealth. This includes extending several telehealth services that were temporarily made available during the public health emergency through at least 2023. This will “allow additional time for the collection of data that may support their inclusion as permanent additions to the Medicare Telehealth Services List,” CMS said. The change is in line with comments CMS Administrator Chiquita Brooks-LaSure made at a recent conference.

The Telehealth Access for America (TAFA), which includes the American Hospital Association, applauded the changes to telehealth, though called on Congress to make permanent actions.

“Telehealth Access for America commends the Biden administration for their commitment to supporting access to telehealth, especially for behavioral care,” said TAFA spokesperson Julia Mirich. “We look forward to reviewing details of the [Physician Fee Schedule], but this final rule is a stark reminder that urgent action from Congress is necessary to permanently protect access to telehealth, in all forms including audio-only, for the millions of patients who have come to rely on virtual care and who face uncertainty and a potential telehealth cliff.”