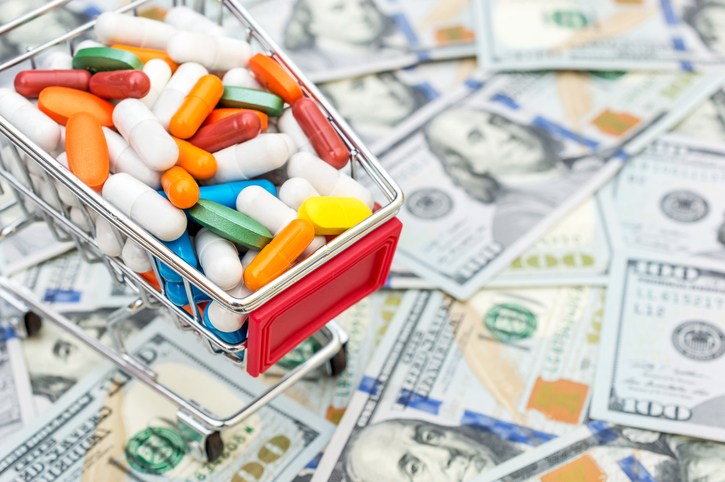 On June 15, 2022, the Supreme Court issued an opinion in favor of 340B hospitals rejecting steep reductions in reimbursements for covered 340B drugs that the Centers for Medicare and Medicaid Services (“CMS”) had tried to implement in 2018. But even following this decision, all entities involved in the 340B Drug Pricing Program (“340B Program”) still face a significant amount of uncertainty in complying with its requirements. In addition to the reimbursement amount issue, the U.S. Department of Health and Human Services (“HHS”) and its sub-agencies have recently taken shifting and inconsistent positions that threaten to create a legal and practical quagmire for the 340B Program designed to provide healthcare to underserved and vulnerable patient populations. In this article, we look at three key areas of uncertainty for the 340B Program.

In 1992, Congress established the 340B Program, which requires drug manufacturers, as a condition of participation in Medicare and Medicaid, to sell their drugs to 340B covered entities, such as public and non-profit hospitals and other federally funded clinics serving rural or low‑income patients at heavily discounted prices. 42 U.S.C. § 256b (1992).  While covered entities purchase 340B drugs at steeply discounted rates, they generally still bill insurers at those insurers’ standard rates, resulting in a significant “profit” for the covered entity, which many covered entities rely on to help fund their overall operations. As one court recently characterized it, “[t]he 340B Program is considered essential to the country’s safety net system for medically vulnerable populations, many more patients rely on it today than in 1992, and it is growing every year.” Sanofi-Aventis U.S., LLC v. U.S. Dep’t of Health & Hum. Servs., 570 F. Supp. 3d 129 (D.N.J. 2021).“By 2018, the number of hospitals and associated sites had increased by 3,000 percent compared to 2005, to 2,541 hospitals and 26,641 sites,” with “743 manufacturers and 12,722 covered entities participat[ing] in all.”  Id. (citing House Energy and Commerce Committee, Review of the 340B Drug Pricing Program, at 11-13).

Three Key Areas of Uncertainty in the 340B Program

The 340B Program is not easy to implement and requires the participation of drug manufacturers, pharmacy benefit managers, wholesalers, and pharmacies, in addition to the 340B covered entities themselves. Making the program work requires coordination among these various stakeholders, including exchange of detailed patient and sales information, patient and product tracking, accurate price reporting, and audits.

HHS and CMS have recently taken positions that create significant, lingering uncertainty for the 340B program in at least three key respects: (1) who qualifies as a patient under the 340B Program; (2) what pharmacies may provide 340B drugs to qualifying patients; and (3) what amounts will be reimbursed for the 340B drugs.

The main source of guidance as to which individuals qualify as “patients” of covered entities for the 340B Program comes from guidance that the Health Resources and Services Administration (“HRSA”)—a part of HHS—issued in 1996, which specifies three conditions:

In a case before the Fourth Circuit, Genesis Healthcare v. Becerra (No. 20-1701), HRSA audited and removed a hospital from the 340B Program on the basis that it had dispensed 340B drugs to non‑qualifying patients. HRSA’s audit letter did not limit “qualifying patients” to those falling within the 1996 guidance, but rather imposed an additional requirement that the covered entity “must have initiated the healthcare service resulting in the prescription” to the patient. Such an additional requirement would in many cases narrow the set of individuals who qualify as patients, and indeed HRSA determined that many of Genesis’s patients did not qualify. When Genesis Healthcare challenged the audit letter’s definition, HRSA voided the audit findings and the parties reached an agreement to provisionally readmit Genesis Healthcare to the 340B Program. The Fourth Circuit recently reversed the District Court and remanded the case, concluding that the case was not moot because the HRSA letter voiding the audit findings “said nothing about how Genesis Healthcare was to continue to conduct itself under the 340B Program, nor did it vacate or even address its 1996 Guidelines definition of ‘patient’ that formed the basis for its enforcement action and Genesis Healthcare’s lawsuit.” The Fourth Circuit noted that HRSA had taken action against Genesis Healthcare based on its definition of “patient” and could “easily do so again in connection with its ongoing duty to audit” 340B compliance.

HRSA’s attempt to enforce a more onerous definition of a qualifying “patient” followed by its sudden withdrawal of the audit letter upon challenge leaves several questions. It is unclear whether HRSA is attempting to systematically chip away at the definition of “patient” through enforcement actions, whether HRSA’s actions foreshadow new guidance or policy positions, or simply whether the Genesis Healthcare audit letter was the result of inconsistent interpretation.

In any event, none of these scenarios are reassuring for 340B entities as they comply with the “qualifying patient” requirements of the 340B Program.  Inconsistent enforcement and emerging telemedicine trends make compliance difficult and increases the risk of a violation notwithstanding stakeholder’s diligent efforts.

Because the prices of 340B drugs are so low, there is a legitimate concern about “drug diversion,” or selling a covered drug to someone who is not eligible to receive the drug at the reduced 340B price. In addition, drug manufacturers seek to avoid “double dipping.” Drug manufacturers are required to pay Medicaid a rebate for all Medicaid drug sales other than 340B sales. Drug manufacturers legitimately want to make sure that they do not provide the steeply discounted prices to 340B entities, and also have to pay Medicaid rebates on those same sales as well.  To address the drug diversion and double dipping concerns, many drug manufacturers seek to audit 340B sales. Drug companies have also put in place policies that prohibit providing 340B drugs to hospitals or facilities without an in-house pharmacy, unless the hospital or facility designates just a single contract pharmacy location, which would typically be located near the covered facility and serve the same vulnerable patient population. In late 2020, the HHS General Counsel issued an advisory opinion stating that limiting the program to a single contract pharmacy per covered entity violated federal law. Following litigation, HHS withdrew the advisory opinion, but HHS has continued to threaten drug makers with civil monetary penalties if they continue to restrict 340B dispensing to a single contract pharmacy. In a July 15, 2022 letter, 181 members of Congress signed a letter urging HHS to complete its seven pending enforcement reviews and impose penalties for any violations, as well as initiate new enforcement actions against eleven other drug companies.

There has also been litigation regarding the administrative dispute resolution (“ADR”) process that Congress directed HHS to create to referee conflicts between covered entities and drug makers over issues like contract pharmacies.  Although the statute required HHS to create that ADR process within 6 months of the Affordable Care Act’s passage in 2010, HHS did not even propose an ADR Rule until 2016. Following a general regulatory freeze in 2017, the ADR Rule was withdrawn from the unified agenda of pending regulatory actions without explanation. In October 2020, a number of covered entities filed lawsuits demanding that HHS implement an ADR Rule, and HHS implemented a final rule shortly thereafter as if the rule originally proposed in 2016 had not been withdrawn. While several ADR petitions have since been filed challenging drug maker’s restrictions on the distribution of 340B drugs to contract pharmacies, the ADR Rule itself has also been challenged as unlawful.

In addition, on July 28, 2022, the State of New York sued CVS over its requirement that 340B entities used a wholly-owned CVS subsidiary, Wellpartner, as its 340B third-party administrator (“TPA”), alleging that it constitutes an illegal tie in violation of the Donnelly Act, New York’s state antitrust law. According to New York, the alleged tie forces 340B entities to choose between 340B program benefits and choice among alternative TPAs who may offer better pricing or services and thereby undermine the goals of the 340B program. Use of state law to indirectly enforce the 340B program, such as New York’s enforcement action, represents yet another wave of potential challenges and uncertainty in the 340B space.

Finally, even assuming the existence of a qualified patient and a qualified pharmacy, covered entities face questions regarding the amount of reimbursement for 340B drugs. As noted above, in American Hospital Association v. Becerra, the Supreme Court recently rejected HHS’s efforts to provide different reimbursement for 340B entities than for other Medicare and Medicaid providers. Specifically, the Supreme Court determined that in order to set a reimbursement rate for a specified class of hospitals, the statute required HHS to conduct a survey of hospitals’ drug acquisition costs—which HHS had not done.

In 2020, however, after the litigation began, HHS attempted for the first time to conduct a survey of hospital acquisition costs. The proposed rule HHS announced for 2023 does not appear to rely on those survey results, but HHS may nevertheless seek to use those survey results to lower future reimbursement rates for 340B drugs. Whether HHS will do so, which hospitals may be affected, and how reimbursements would change will remain unknown until HHS announces its intended policy for future coverage years, and depending on the content of the rule, litigation over the survey may be likely to follow.

Predicting where any of these issues will ultimately settle is difficult if not impossible. Regardless, it is clear that drug manufacturers, 340B covered entities, and other stakeholders will face growing uncertainty on how to implement the 340B Program consistent with federal law and regulations. Concerns about who qualifies under the 340B Program, how drugs can be dispensed to patients, and how much entities will be reimbursed may significantly impact the operation of the 340B Program as Congress intended. This evolving landscape poses challenges to all stakeholders involved in the 340B Program as they assess their compliance obligations, risk calculus, and business plans. Regardless of one’s opinion on any of these issues, the relevant stakeholders would be better served with clear and consistent policies and guidance regarding their responsibilities and rights under these core aspects of the 340B Program going forward.